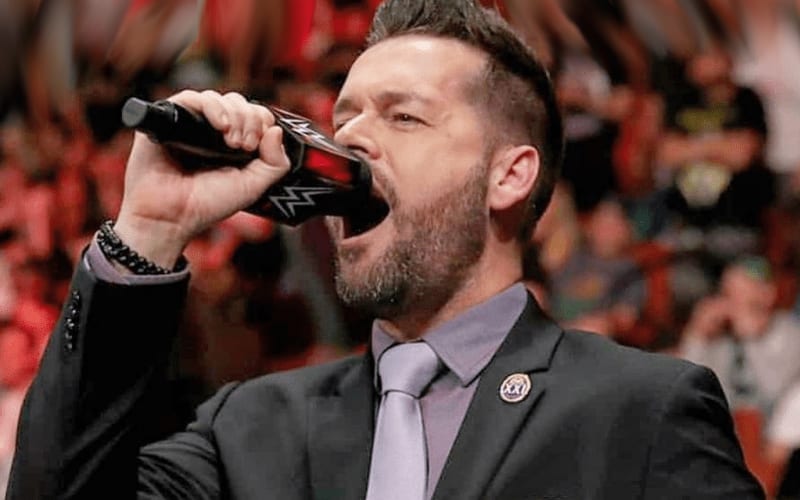 WWE is changing up their presentation once again. Now ring announcers are apparently going away.

According to Wrestling Inc, WWE made changes to their programming during the last set of television tapings. They have reportedly made a decision to not have ring announcers in the ring during match introductions.

It is said that the ring announcers will only be in the ring during title contests. The exact reason for this change wasn’t noted.

This new policy for ring announcers might not always be the case though. AJ Styles vs Drew Gulak started off with them wrestling and no introductions were made. That match was for the IC Title.

The concept of ring announcers has been around since WWE started. It appears that the company is making many changes that ring announcers could be going away, and only brought back in under special circumstances.