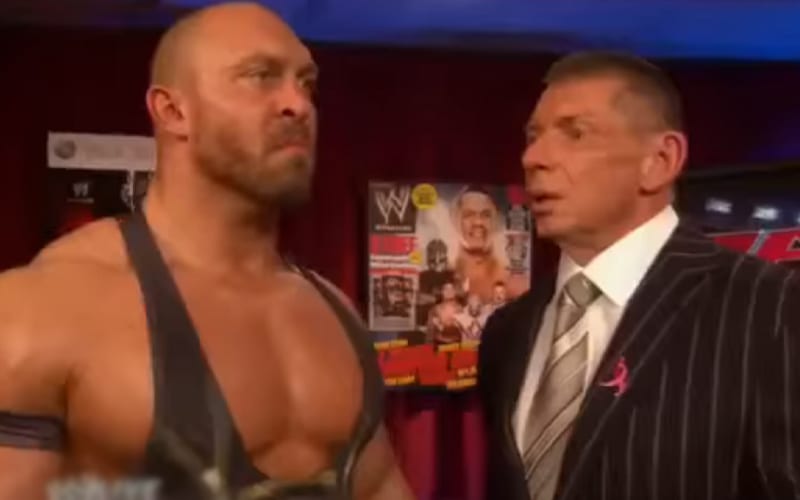 WWE is the only pro wrestling company on the planet that released people during the COVID-19 pandemic while blaming the current world situation. Others were released for different reasons, but no company came close to WWE’s widespread April 15th firings.

During Conversations With The Big Guy, Ryback discussed how Vince McMahon’s net worth grew so much during the pandemic. He theorized that the released WWE Superstar contracts might make up $3-5 million, but that’s just a fraction of what Vince McMahon made during that time.

He then went on to say that none of this is a big surprise for people already in the pro wrestling business.

“I would say that the people they released, from a company standpoint, was probably $3-5 million total just estimating with everyone’s contracts. It really makes you question why did they get rid of so many people, or why have they not brought them back? No other wrestling company released people during this period.”

“For those of us in the business, everyone knows how it is. It’s Vince, and Vince has built that. It’s his way he operates the company. He does a lot of good. He provides jobs for people.”

Ryback stated that WWE does some good. He then went on to discuss how the company takes so much from their Superstars in the process. They die younger and sacrifice for Vince McMahon so he can keep living in absolute wealth.

WWE also keep their Superstars from working on outside projects because they want to keep them within the company.

“If you compare it to how they operate that business, what they take from people and what people sacrifice for him to have the wealth that he has, it’s typically people’s lives. Wrestlers die younger than everyone because of the work schedule and how little he leaves them with how much they actually earn. A lot of them have trouble when they leave there.”

“There are opportunities they don’t get while they’re there because they want to keep them there. They don’t want them making too much money. That’s where it gets really frustrating.”

WWE Superstars give a lot of their lives to the pro wrestling business. Vince McMahon benefits the entire time, but he also holds all the cards he needs to play any game he wishes.

Some fans were really upset to learn how much money Vince McMahon made during a time when his company executed massive firings. The way Ryback sees it that’s just the way it’s always been with McMahon.