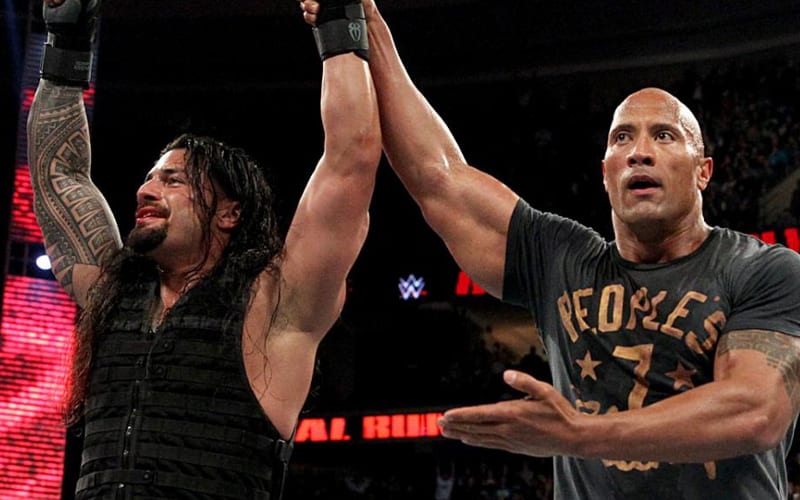 FS1 aired the 2017 Royal Rumble pay-per-view this week. The weekly tradition of airing WWE pay-per-views on FS1 has not gone away despite WWE Backstage’s cancellation.

WWE sent out a tweet to promote the Royal Rumble special. The social media post said that fans can “relive one of the BIGGEST Royal Rumble matches in history.” Roman Reigns was paying attention and he commented by saying that he might be the most important competitor to ever step foot in the Royal Rumble.

He also realized that people might like to complain about what he said. Then he advised them to check out the last five years for reference.

I might be the most important Royal Rumble competitor of all time. Before you start complaining, just think about the last 5 years….