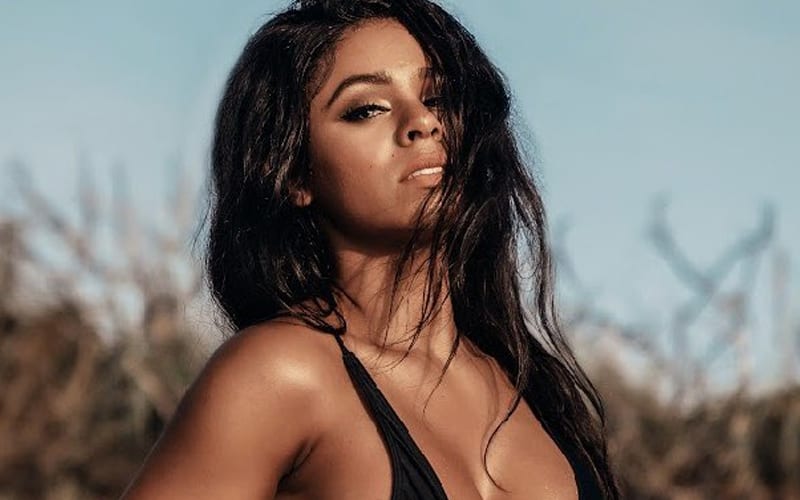 Renee Michelle hasn’t appeared on WWE television since Drake Maverick stopped chasing the WWE 24/7 Title. She is still getting plenty of attention online.

Michelle has become known for dropping eye-catching photos. She celebrated the 4th of July with the best of them as well.

Drake Maverick’s wife released another sultry swimsuit photo today that was certain to make anyone take a look. While posing in black swimwear, Renee Michelle stated that she’s the same girl, but her mindset is different now.

Still the same girl, with the same name. Just a different mindset and a new game.

We’re not sure what kind of “new game” Renee Michelle is playing. Drake Maverick might want to ask his wife about that just in case he needs to learn new rules.

Renee Michelle is probably going to start wrestling again once the indies open up. In the meantime, she generates plenty of social media clout with images like these.