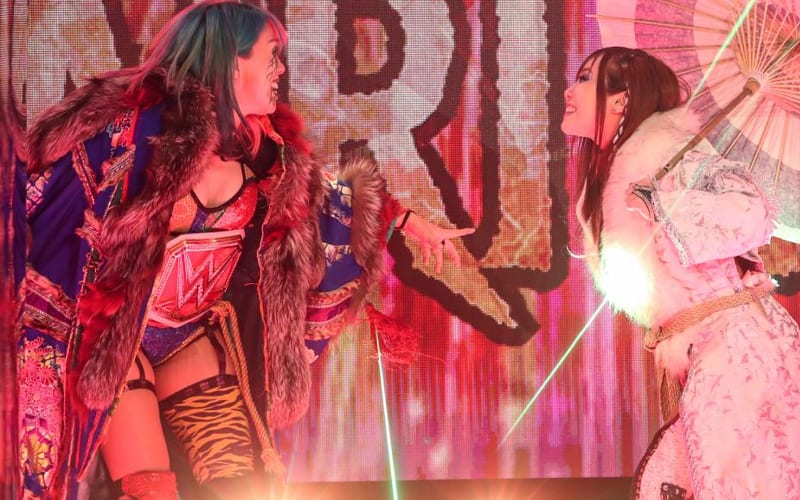 Kairi Sane returned to WWE RAW this week, but how long will she stay before leaving once again? A new report says that Sane might not be retiring as once thought.

It was initially reported that Kairi Sane might take off and go back to Japan. She was reportedly set to become an ambassador for the company. It was later reported that there are plans for Sane to not sign a new WWE contract and return to Japan for a year of wrestling before calling it quits.

Now Alex McCarthy of TalkSport reports that Kairi Sane’s retirement might not be a lock. She still intends on going back to Japan, but WWE is likely to make her another very good offer to stay.

Those reports about Sane considering going home are true. But WWE likely to make her another offer yet. And a good one.

Kairi Sane is only 31 years old. She has a full career ahead of her if she wants it. Sane has also made good money during her career. We’re not aware of her exact financial situation, but the recently married WWE Superstar might be okay to retire if she chooses.

Ringside News will continue to monitor this ongoing situation in case anything changes again.