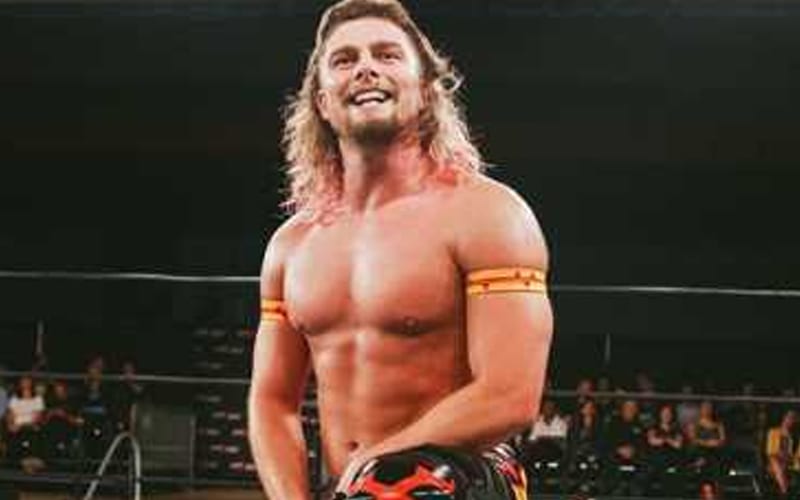 Brian Pillman Jr showed up on AEW television in the crowd during Fyter Fest. Then it was revealed he worked a match for AEW. This brought a lot of fans to wonder about his MLW status.

While speaking to Wrestle Talk, Brian Pillman Jr stated that he didn’t want to sit around and wait for an opportunity. He wants to chase those opportunities. Since MLW isn’t running shows due to COVID-19 he took action for himself.

Pillman Jr stated that could work for AEW under his MLW contract since there is nothing in his deal saying he can’t work for All Elite Wrestling. He considered it a no-brainer decision.

“I think what happened with the COVID-19 pandemic was they [MLW] got very apprehensive with running shows meanwhile you have Impact, AEW and WWE that are running shows with no fans. It was just hard for me to sit still and wait for them to bring me an opportunity. I just went out and chased the opportunities that were available to me. Per my contract, I was allowed to work for AEW. So it was a no-brainer to chase an opportunity at AEW.”

“I’m not sure what their future plans are or when MLW’s next show is. I think not having that information, not having that security, and knowing when I was going back to work made it easier to look somewhere else for work.”

Brian Pillman Jr requested his release from Major League Wrestling, but it was denied. This was revealed through a released direct message conversation.

We’ll have to see if Brian Pillman Jr wrestles for AEW again. This could be a very interesting situation for Pillman in the next few months.