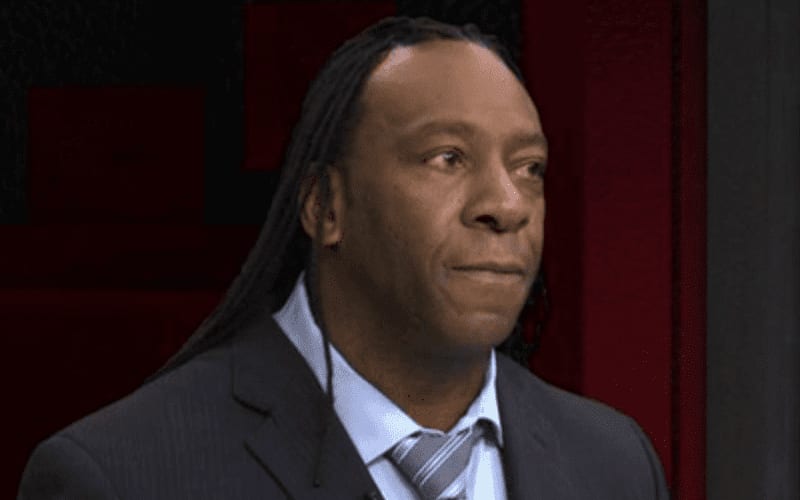 Sasha Banks didn’t appreciate what Booker T said about her best friend Bayley. She fired back, but Booker T had to put The Boss in her place.

Booker said that “Bayley is the quintessential worker. She can go out there and she may not be great at anything but she’s good at everything.” Then Sasha Banks replied back saying that her team with Bayley is better than Harlem Heat.

During a recent episode of his Hall Of Fame radio show, Booker T had a reply for Banks. He shut her down pretty quickly and then advised that she not tweet at him again.

“Sasha, Bayley, great tag team, but as far as those two being anywhere near as great as Hall of Fame tag team, ten-time World Tag Team Champions — set the record. Along with the greatest manager in the history of the game: Sherri Martel.

“As far as Sasha Banks and Bayley goes — as far as tag team wrestling goes — and what Harlem Heat brought to the game, and still sprinkling out there all over the world right now. People are still singing the name on a yearly basis. … Sasha, Bayley, congratulations on your success, keeping doing what you do, hopefully, you won’t post anymore tweets about me, or anything like that.”

Sasha Banks and Bayley’s tag team might be good, but they’re not 10-time champions. They also never broke the barriers that Harlem Heat had to in order to achieve that legendary status.

Booker T played along as best he could. He just couldn’t allow Sasha Banks to say that their team is better than Harlem Heat without some sort of reply.