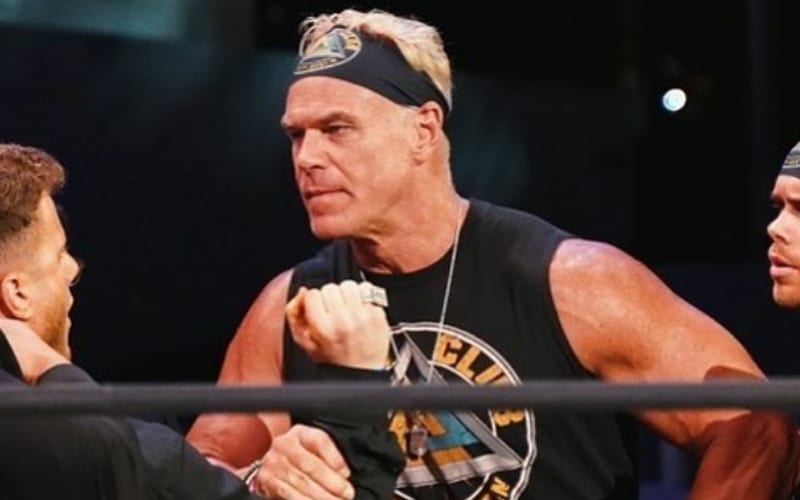 Billy Gunn is protective of his copyrights, but there is denial regarding one recent story. It was alleged that Billy Gunn sent a cease and desist to Tony Gunn over the use of “The Gunn Show.” That is apparently not true.

Gunn’s wife Paula released a statement to Wrestle Zone regarding the new story about her husband. She made it clear that they tried to reach out to Ohio Valley Wrestling to inform them of Billy’s new trademark.

Paula also stated that they were just wanting to get them to stop it. They weren’t trying to be “assholes.” A lot of money was spent to secure the Gunn Show trademark and they also secured other trademarks in the process. It was also noted that Tony Gunn should stop making so many remarks about things or there could be real legal action against him.

“Has anyone seen the cease and desist order?? No! Because there isn’t one! He’s lying to EVERYONE.

We reached via text message to OVW, to let them know that we aren’t trying to be a$$holes but we trademarked “Gunn Show” and please let Tony know he can’t use it.

He’s upset that he can’t use it anymore, which is understandable. We have been going thru leaps and bounds to trademark The Gunn name and everything related to it, including Gunn Show. We’ve hired an attorney last year for our trademarks. We’ve spent thousands of dollars for our trademarks.

Billy has worked over 25 years using the Gunn name, professionally and on the Indy scene. Tony should have reached out to us and talked to us as a PROFESSIONAL, and we could have worked something out. Instead, he went to podcasts, social media and wrestling dirt sheets.

As a professional, whether it’s owning a business or a wrestling name, you have to protect yourself and your identity. If you’ve been around longer than 5 years in the wrestling business, you should know this!

If Tony doesn’t want an ACTUAL letter from our attorney, he will cease and desist the defamation of Billy!

We wish Tony all the best with his wrestling career!”

There are a lot of ways to go about things. Some people think running to social media and spreading a story around first is the best tactic. Sometimes that doesn’t work out in their favor.

It appears that Billy Gunn owns all of that intellectual property. It’s just too bad that WWE had to make him actually stop using his name in AEW.