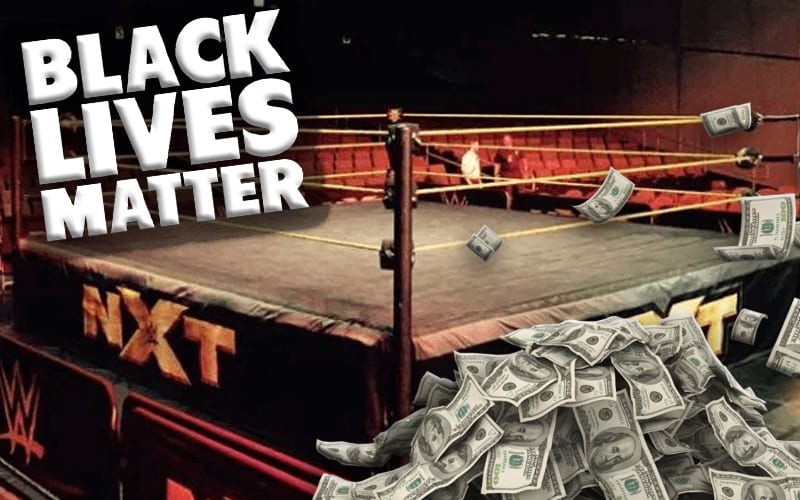 The Black Lives Matter movement stretched around the globe as people in many countries supported the need for a change in America’s policing. Pete Dunne, Trent Seven, and Tyler Bate did their part by releasing a special t-shirt.

We previously reported that the three sold a ton of t-shirts. They considered stopping the sales after hitting the £20,000 mark because there was such an influx of demand, but they continued.

Pete Dunne recently revealed that they have raised over $45,000 for the Black Lives Matter movement by selling those limited edition t-shirts.

Now all the shipping has been taken care of (thanks again to @WrestleCrateUK) I can let everyone know the final amount raised from the #BlackLivesMatter shirts is £36,221.46

This is a big donation from the three NXT UK Superstars. The NXT UK roster were recently told that they need to be ready for a return to the ring. It’s good to see that Pete Dunne, Tyler Bate, and Trent Seven were able to use that time off for good.