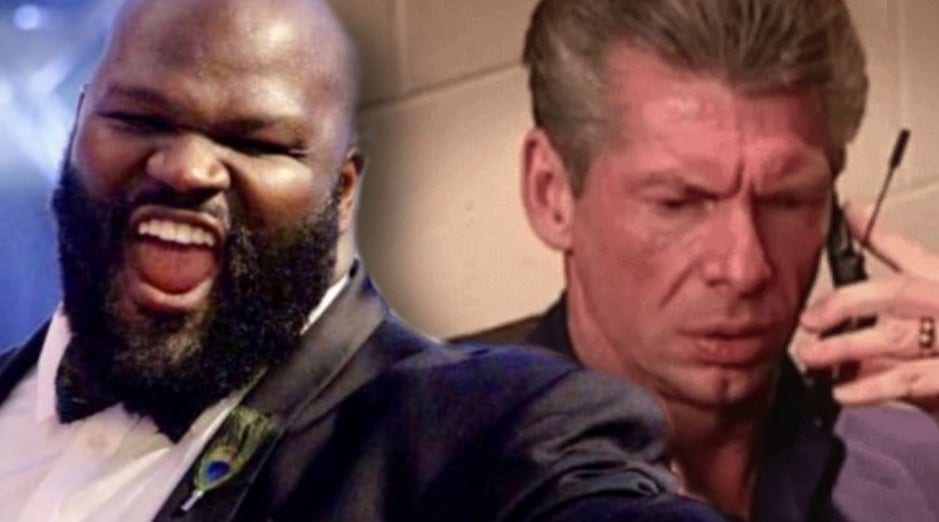 Few in the business are as respected and revered as Mark Henry. The World’s Strongest Man has been in the company for decades and built a long-lasting legacy for himself.

Before Henry arrived in WWE, he was an accomplished Strongman and had represented America at the Olympics. On The Broken Skull Sessions with Stone Cold Steve Austin, Henry talked about how his first few interactions with Vince McMahon went.

Henry recalled a funny story about how he thought he was being pranked by one of his friends when he received a call from Vince McMahon. Henry hung up on the Chairman in disbelief and walked away until he received another call and realized that it was the real deal.

McMahon didn’t mind being hung up on and instead asked Henry to fly down to Connecticut for a meeting.

Vince called Terry Todd and got my phone number, and called me at the training center. And, mind you, I was a big time [pro] wrestling fan still. About six other guys that were at the training center with me, they watched wrestling with me every Monday night, so I’m thinking, ‘Hey Mark, phone call.’ ‘Alright.’ I come down the hallway. We have a community phone. ‘Hello?’ ‘This is Vince McMahon. Hey, how are you doing?’ ‘Okay, Wes.’ Click, hung up on him!

So Terry calls, he’s like, ‘Mark, the phone! Hello? What? Mark, I suggest you take this call.’ ‘Okay, my bad. Alright.’ I hang up, and I’m standing there by the phone, and I’m shaking. I ain’t afraid of [anything]. Steve, it’s me! I’ll fight a bear with a switch, and I’m shaking. And because of my fandom, how much I loved [pro wrestling], the phone rings and I grab the phone. I mean, it’s not even finished ringing. ‘Hello?’ He’s like, ‘Mark Henry?’ I was like, ‘I’m sorry I hung up. I thought it was one of my friends.’ He said, ‘Oh, don’t worry about it.’ And he just said, ‘Man, look, I hear you’re a big [pro] wrestling fan.’ I was like, ‘Yes!’ And he was like, ‘I want you to come to Connecticut and see how we do stuff.’

Henry did fly to Connecticut eventually and got to meet with the likes of The Undertaker & Yokozuna. Henry said that he became a bag-carrier for Yokozuna and that was the best time he’d ever had in his entire pro-wrestling career.

I fly to Connecticut, man. Man, I got to meet The Undertaker. I got to meet Yokozuna. And then, they told me, ‘This is the way we do business. Our young guys take care of our old guys. Yokozuna needs someone to drive him to the shows. That’s you.’ So I was Yoko’s bag carrier [and] I’d drive him to the shows, and it was the best part of my whole [pro wrestling] career over winning the championship.

Henry inked a deal with the company and enjoyed a career that only a few do. Today, he’s a Hall of Famer and still very loyal to World Wrestling Entertainment. He likely never hung up on Vince McMahon again.