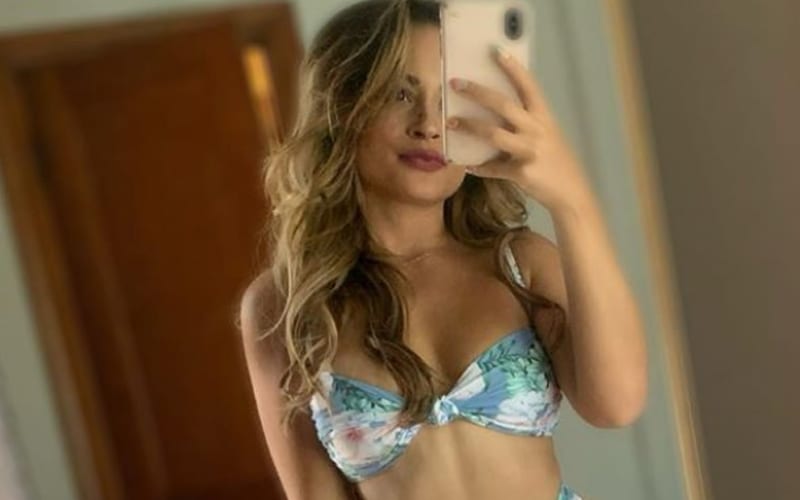 Kayla Braxton revealed that she tested positive for the novel coronavirus. That was her second positive test. It is possible to catch the virus twice. She hasn’t been on WWE television, but she seems to be doing well.

The WWE backstage interviewer stated that he was leaving social media. She only deleted her Twitter, but she remains on Instagram. Braxton was harassed on Twitter which caused her to leave that platform.

Kayla Braxton spent the 4th Of July at home. She didn’t give fans an update on how she’s feeling, but she felt well enough to put on a bikini and spend some time in a kiddie pool with plenty of Capri Sun.

Days filled with kiddie pools, Capri suns and me myself and I – this is my happy.

Kayla Braxton did host WWE The Bump this week. She did not appear on SmackDown as she was replaced by Sarah Schreiber.

There was also a report that Kayla Braxton is getting a lot of respect backstage because of how she handled her positive coronavirus test. She let the world know which hopefully helped keep people safer.