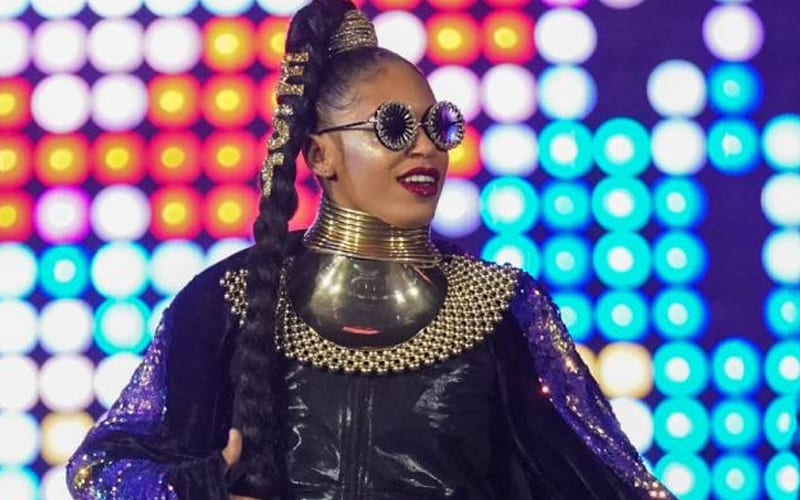 Bianca Belair is just getting started on the WWE main roster. She also has dreams of still becoming NXT Women’s Champion. She learned a lot as a Superstar created in the WWE Performance Center.

While speaking to Fox Sports, Bianca Belair discussed who she learned from the most in WWE. She named her Performance Center coach Sara Amato first since she taught her everything she needed to know. Then Belair gave credit to Nia Jax for taking her under her wing.

There were others who were there for Bianca Belair along the way like Ember Moon and The IIconcs. Nia Jax seemed to also have a lot to do with Bianca Belair’s progress.

“Well first, my coach at the Performance Center, Sara Amato, she’s taught me everything. [laughs] But as far as the superstars, I will say — when I first got into the Performance Center Nia Jax was, she was the one that actually took me under her wing. You know, she kind of like — she didn’t hold my hand throughout the process. But she really just made sure [and] let me know, ‘I see something in you. I see that you have it, just make sure you’re this, this and this.’ Kind of guiding me along the way. Ember Moon, when she was in NXT, whenever we got in the ring together. We did a lot of live events together. I learned so much from being in the ring with Ember. She’s so talented, she’s a veteran, she has so much experience. I learned a lot of psychology from her. Learned how to listen to the crowd from her.”

“Billie and Peyton were at the Performance Center when I was there for a while, learned a whole lot from them. In NXT, those were the main girls that really just, that I’ve learned so much from, from their experience. And Alexa Bliss. At the Royal Rumble, being in the ring with her, I learned a lot from her.”

Ember Moon recently stated that she is unsure if she will wrestle again. There is a chance that Bianca Belair will tangle with Nia Jax eventually if they both stay on the RAW brand.

Right now Bianca Belair is off RAW and waiting for her name to be called once again. She’s more than ready to make a name for herself in WWE no matter how hard she has to work.