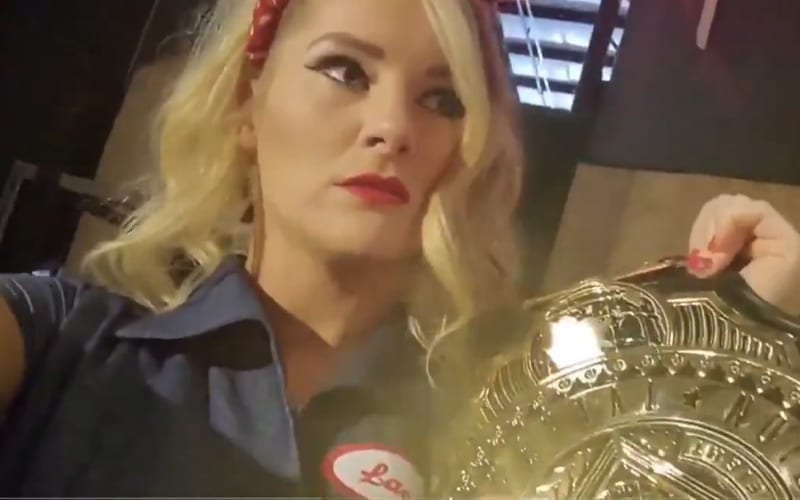 Lacey Evans isn’t getting the opportunities that she would like in WWE, so she’s taking what she wants. This time it was the Intercontinental Title.

The Lady Of WWE dropped a video online where she was posing with AJ Styles’ IC Title. The Phenomenal One quickly noticed that Evans had his title so he took chase.

Lacey Evans ran with the title, but we can only imagine that Styles caught up with her eventually. She replied to a fan posting the video by saying: “Loorrrddd.”

Styles and Evans are friendly backstage. A great video exists where Evans explained to Styles that she keeps fan mail in her boot at all times. This time they had a little bit more competition in their interaction.

AJ Styles said he wants to retire as WWE IC Champion. He obviously has some people ready to make sure that doesn’t happen. You can check out the video below.