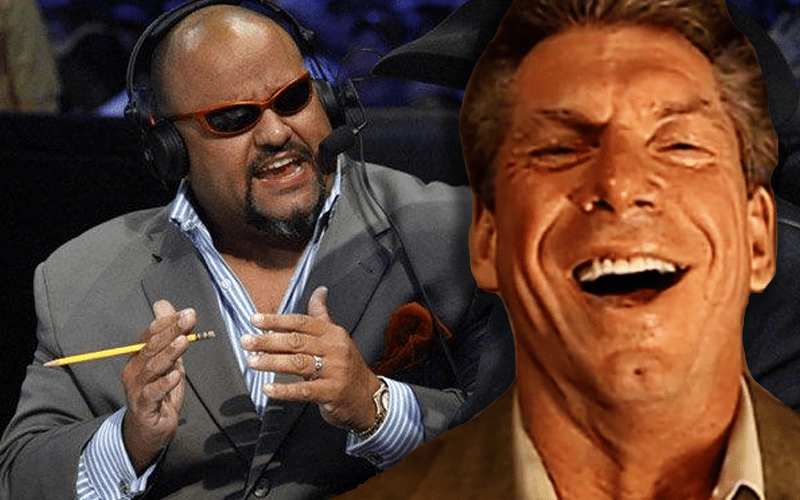 Taz showed up on Fyter Fest and took massive shots at WWE & the lack of COVID-19 testing within the company. The former ECW Champion said that AEW doesn’t run a “sloppy shop” and Superstars are regularly tested there.

A fan on Twitter said that Taz’s jab at WWE was unnecessary especially since WWE “saved his career after wrestling” and brought him in as an announcer.

The Hardcore Legend noticed this tweet and quickly responded with a clarification. Taz said that WWE did give him an opportunity but it is always a two-way street.

He said that it was an investment on their part because they needed a fresh voice.

Saved my career??? Lmao, NO! They gave me opportunity (which I appreciated & accepted) but you NEED to understand…that’s a 2 way street. I was supplying them with a need & providing my services. They did that to capiltize on $ invest in me & they NEEDED a new fresh voice.

After his stint in WWE, Taz went on to announce for IMPACT! Wrestling and now he’s the mouthpiece & manager to The Machine Brian Cage. His career on the announce table has been widely appreciated by fans worldwide.