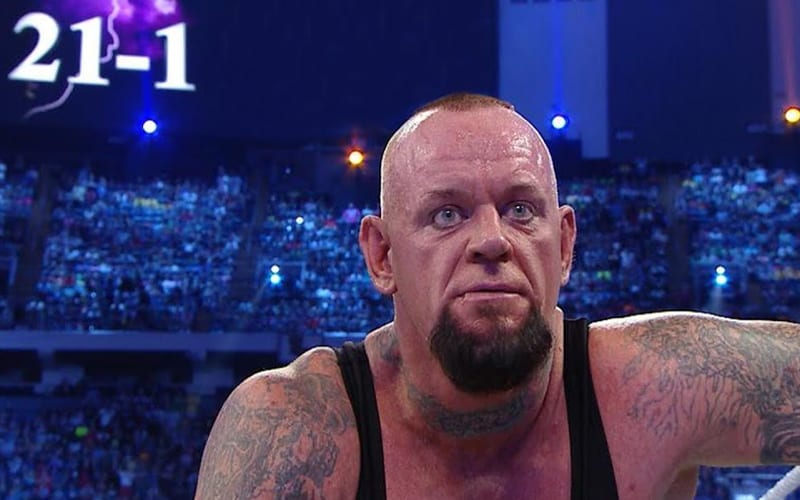 Jerry Lawler was lucky enough to sit at ringside and watch a ton of historic moments play out in front of his eyes. He never thought that the Undertaker’s streak would be broken though.

During his podcast, Jerry Lawler opened up about the Streak’s ending. He didn’t like the idea, and he still doesn’t think it needed to happen. He thought the Undertaker was going to take that streak all the way through his retirement.

“Everybody has their opinion about the streak. My own personal opinion, and I said it to a lot of people, nothing against Brock in any kind of way, but I’ve never agreed with that. I never thought the streak should have been broken. Calling that match, I went out there, and never, ever expected that to happen. I just thought the streak was going to go until the Undertaker retired, whenever he wanted to. You know the guy that they showed his picture a hundred times with his eyes as big as saucers?”

“That’s the same look I had on my face when that three count went down. I was so totally shocked. I didn’t see it coming. I didn’t think it was good. But, I mean, who’s to say.” “If he was going to lose, he couldn’t have lost to a better Superstar than Brock. That made the most sense of anybody. The funny part of that question is, if he were going to lose. I would love to have been sitting around and be a part of how that conversation came up and who’s idea that was.”

Lesnar beat Taker who then lost to Goldberg at Survivor Series later on. Years later, The Undertaker was able to beat Goldberg. So, in a roundabout way he kind of got his streak back.

Do you think WWE should have ended The Undertaker’s streak with Brock Lesnar? Sound off in the comments below!