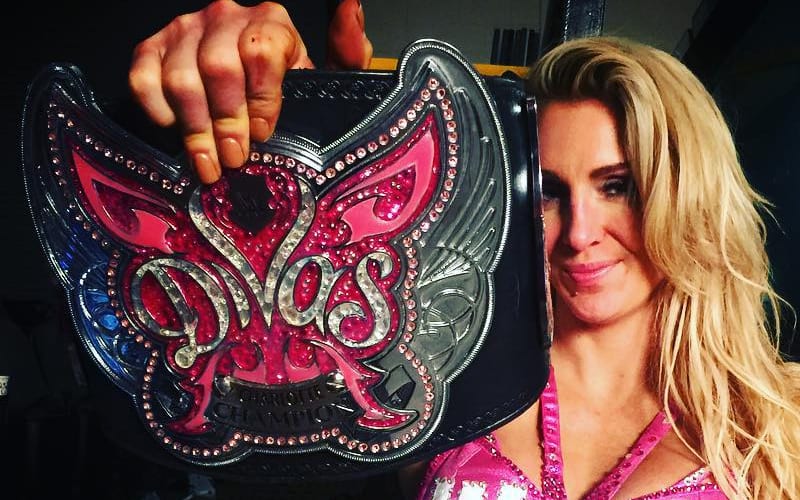 The term “Diva” was looked at with disdain by a lot of pro wrestling fans for years. It usually took on a connotation where a Diva was lesser than a Superstar. The Diva term isn’t used anymore for that reason, but Charlotte Flair had zero problem representing the Divas Division in WWE as their champion.

During the Top Of Her Game, Charlotte Flair was asked a question about Divas and Superstars. She wanted to take the opportunity to clear something up. She saw it as an honor to be Divas Champion in WWE. In fact, she was the final Divas Champion in the company’s history.

“First of all, I want to say, it was an honor to hold the Divas championship because as a woman who grew up in sports, who wasn’t a model or known for her looks and I was just known for my talent, to know that I could be athletic and confident and this larger than life character known for her athletic ability and not her looks and could call myself a Diva, yea I’m the Diva’s champion.”

“So, to retire that title meant so much to me. But then to represent the company and win the Women’s Championship at WrestleMania 32 was special. This is a new era of women’s wrestling. This will go down in history as we are no longer eye candy. There is Charlotte Flair, Becky Lynch and Sasha Banks, the future of this company. I can hold that title because of my athleticism. Not because of my last name. Not because I was a model somewhere for Diva Search but because of what I brought to the table as an athlete and that was my message.”

Charlotte Flair is likely to rack up a record number of title runs that can never be touched by the time her run in WWE is over. She’s proud to count 1 of those title runs as Divas Champion.

WWE’s proclivity to give Charlotte Flair title runs even caused fans to start a petition against it.

Flair will be back after a short hiatus, and you can bet she’ll be ready to get right back on track to pick up yet another title in WWE.