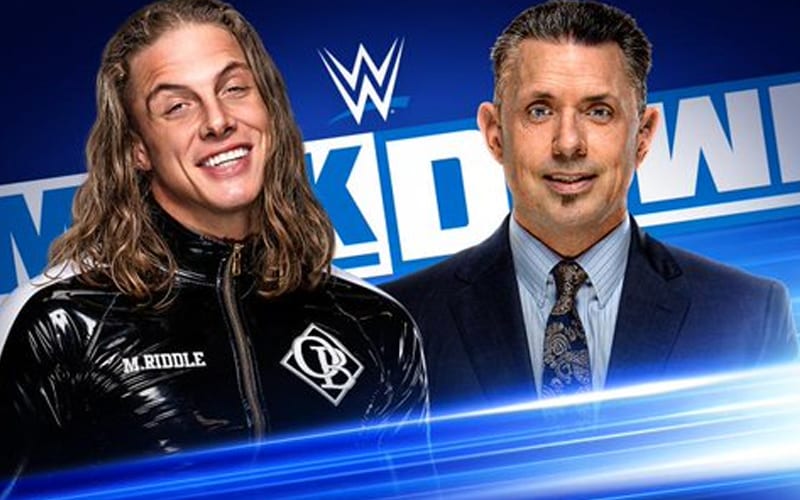 WWE Friday Night SmackDown was taped yesterday. The company planned to get two episodes locked down, and we wished them the best of luck. There are a couple of things advertised for this week

Matt Riddle will have an in-ring interview session with Michael Cole. We can only assume that Riddle’s first challenger will make himself know. Rumors are it will be King Corbin.

The two other segments for the show this week were originally promoted for last week, but they did not air. WWE put on a Tribute To The Undertaker special instead that performed well in the ratings.

AJ Styles will defend the Intercontinental Title against Drew Gulak this week. Sheamus will also host a Toast To Jeff Hardy segment.

We’ll have to see what WWE is able to pull together in the midst of a pandemic. Keep checking back with Ringside News for constant updates.

This week’s line-up for WWE Friday Night SmackDown (so far):

A Toast To Jeff Hardy