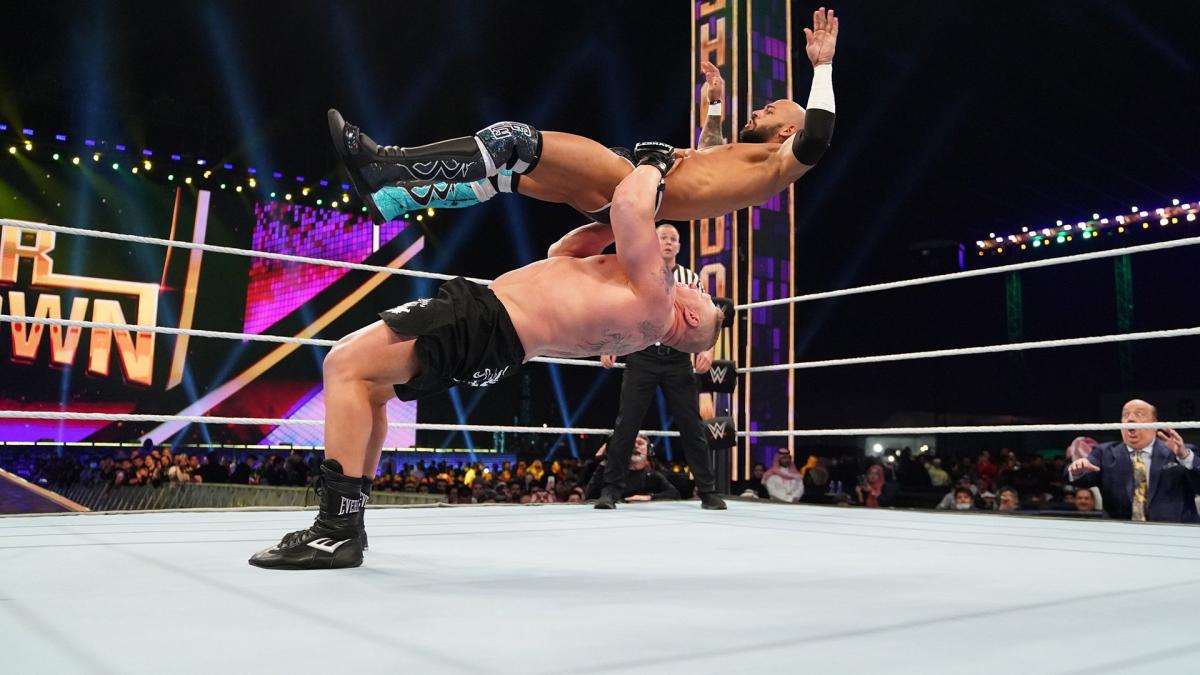 Ricochet’s momentum in WWE has slowed down in the past couple of months. Vince McMahon has reportedly dropped the ball on the highflying Superstar and Paul Heyman’s departure makes matter worse.

Currently, The One & Only is in a Tag Team with Cedric Alexander. Come Sunday, WWE will be releasing a WWE 365 episode about Ricochet’s one year in the company.

While appearing on The Bump, Ricochet talked about his journey so far in the company. The former WWE United States Champion said that for some, winning a championship in WWE validates them but to him, the fact that he is in WWE is validating enough.

Being in WWE validates everything. It’s an achievement for me. Winning any type of championship can help validate your position on making it [to the top]. For me, just being here, in general, validates it for me.

The former Prince Puma talked about his match against Brock Lesnar from The Super ShowDown in Saudi Arabia last year. He jokingly said “don’t wrestle Brock Lesnar” before revealing that it was an accomplishment for him and that it will look good on his repertoire.

Don’t wrestle Brock Lesnar. At the end of the day, it was about a WWE Championship, on pay-per-view, in front of lots of people. Hopefully, there are more WWE title opportunities [for me]. I feel like [this match] was an accomplishment. It’s something that only a few select people get to have. I’m going to keep this with me. Having that match in my repertoire is pretty cool.

He went on to say that currently, he and Cedric Alexander are making “pretty good waves” as a tag team on RAW. The team plans on capturing tag team gold in WWE very soon.

Right now, I think, Cedric Alexander and I are making some pretty good waves. Obviously, we have our eyes on all the tag team championships – RAW, SmackDown, NXT, anywhere. We’re ready to show the world what we can do.

You can watch Ricochet’s interview here: