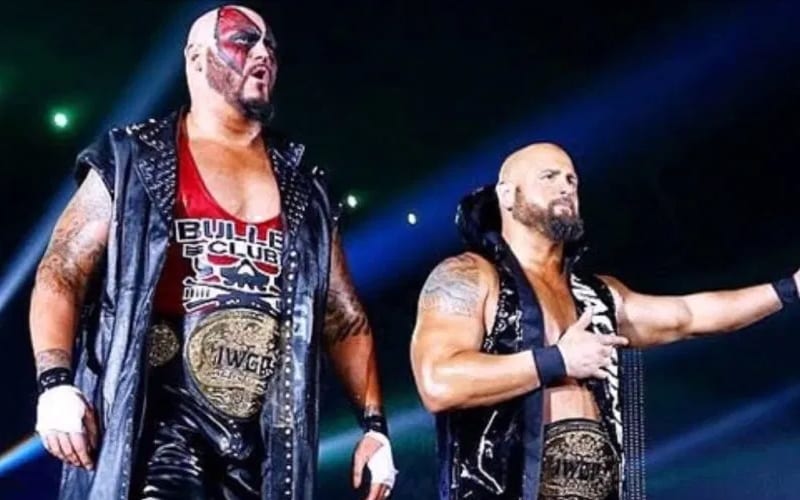 Karl Anderson and Luke Gallows are going to be very busy. They were reportedly offered big money deals from Impact Wrestling that will allow them to work for New Japan Pro Wrestling. It looks like the Good Brothers already made that second deal.

Anderson and Gallows are still technically under contract with WWE until July 18th. On that date all bets are off and The Good Brothers are free to sign the contracts on the table for them.

The Wrestling Observer Newsletter noted that Anderson and Gallows have already agreed to a deal with Gedo to work with NJPW. They are just “virtually certain to accept” the deal as well.

The [Impact Wrestling] deal will allow them to also work New Japan. In fact, they’ve already cut the New Japan deal with Gedo and Nobuyuki Sugabayashi, although it likely doesn’t go into effect until New Japan’s hiring freeze ends, so they will likely have two separate contracts and Impact made it clear they would work around their Japanese dates.

Luke Gallows and Karl Anderson were both teased during Slammiversary along with a lot of other people. At least one of them, Drake Maverick can’ re-sign with Impact Wrestling because Triple H offered him an NXT contract on national television.