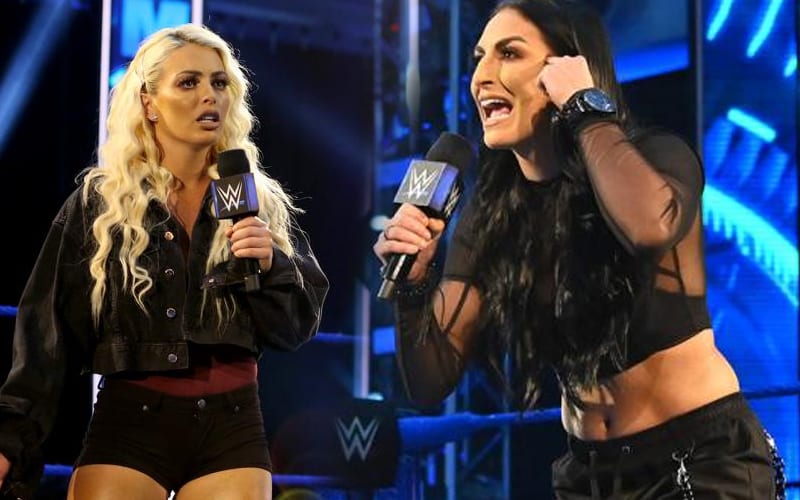 WWE released several Superstars on April 15th and many backstage staff. One person who lost their job was a creative force behind Mandy Rose and Sonya Deville’s recent program through WrestleMania 36.

Former WWE creative writer Andrea Listenberger recently sat down with Ring The Belle where she discussed what it was like working on Mandy Rose and Sonya Deville’s angle.

She didn’t take credit for all of the stories in the angle, but Listenberger had a great time getting to know Deville and Rose while helping craft the storyline.

“I really enjoyed working with Mandy and Sonya. I spent more time talking with them because I spent more time working with them on some stories I may or may not have something to do with. The cool thing with all of the performers is that they have a very clear view of where their character is and have some ideas on where they want their character to go. The collaboration process was really cool in that regard.”

Both Fire & Desire members seem to be on their own now. Dolph Ziggler’s move to RAW seemingly ended that angle. The story may not be finished between Rose and Deville.

Mandy Rose and Sonya Deville had some big ideas for their angle. They pitched a lesbian storyline to WWE, but Vince McMahon didn’t use it. You never know if the company could circle back around to that idea as they seem to do with so many other things.