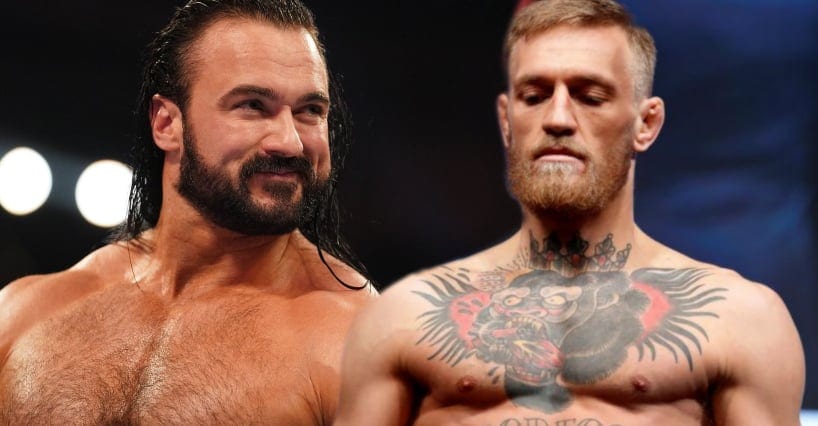 Conor McGregor wants to go head-to-head with WWE CEO Vince McMahon himself. The UFC megastar called out McMahon yesterday for a “CEO Flashmatch”.

Drew McIntyre saw McGregor’s challenge and jumped in on the whole thing. The Scottish Psychopath took shots at McGregor by bringing up his controversial bar-fight with a senior citizen.

McIntyre said that McGregor has “no chance” against the CEO of WWE. He told the Irish-native to “stick to whiskey” and called him “McTapper”, referring to his loss to Khabib Nurmagomedov.

Big man @TheNotoriousMMA picking a fight with ANOTHER 70 year old, you couldn’t drop a guy in a pub, you have no chance against Vince. You’re just the latest guy thinking he can have his PR team stick my title on his shoulder & walk into our world. Stick to whiskey McTapper.

McGregor has teased a WWE run many a times in the past. The Notorious One has a lot of respect for Vince McMahon and just like Ronda Rousey and Tyson Fury in the past, we could see McGregor in the squared circle in the future.

Do you want to see a match between Conor McGregor and Drew McIntyre? Sound off in the comments!