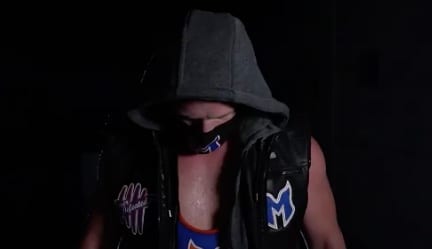 A few months back, Curt Hawkins aka Brian Myers was one of the casualties in the mass WWE releases that took place as a result of COVID-19.

At the time he seemed to take it in his stride, as he had done the first time this happened to him. Now, a few months on, he seems all set to get back out there and tear it up on the independent circuit.

Myers released the following short promo as he seemingly prepares to make a return to the squared circle.

Given the impact of the Coronavirus pandemic, it’s not quite clear what direction Myers is going to be heading in first – but at the age of 35, he’s still got a lot left to give in the ring.

With there being 94 days between his release date of April 15 and the July 18 date he mentioned in his tweet, it appears as if his ‘freedom’ will mark his ability to wrestle again with his non-compete clause expiring.

Whatever the case may be, it’ll be intriguing to see what he does next.