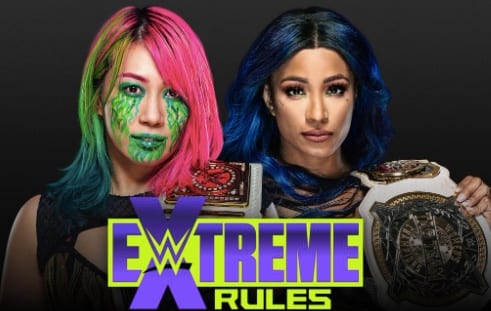 As seen on Sky Bet, the betting odds for Asuka vs Sasha Banks at WWE Extreme Rules have been released.

Over the course of the last few months, Sasha Banks and Bayley have been on one hell of a run as arguably the most entertaining heel act in all of pro wrestling – alongside the likes of MJF and Randy Orton, of course.

At Extreme Rules, they’ll have the chance to continue their reign of terror as Banks goes after Asuka’s RAW Women’s Championship.

In terms of the odds, Asuka is still the clear favorite to retain the strap at 2/5 whereas Banks is the 7/4 underdog.

Given the direction this story is going in with Banks and Bayley, it doesn’t feel like she needs the title – but as a visual, the idea of the pair holding all of the gold is intriguing.

Will WWE be able to resist switching the title?