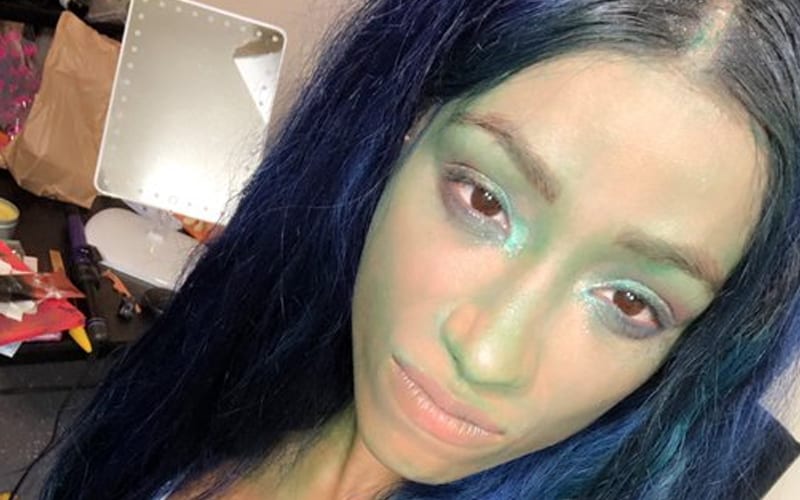 Asuka spit green mist in Sasha Banks’ face which led to her taking a loss at the Great American Bash to Io Sharia. The Boss isn’t happy about that at all.

Click here for our complete coverage of NXT Great American Bash night one.

Sasha Banks will battle Asuka at Extreme Rules for the RAW Women’s Title. The Empress Of Tomorrow entered the picture at the Great American Bash and assisted Io Shirai in attaining the victory over the Blueprint.

The Standard tweeted out a photo of herself with green mist still on her face. The caption she provided told us that things are far from over.

We’ll have to see if this act from Asuka will give Sasha Banks more motivation to take her down. Extreme Rules is July 19th only on the WWE Network.