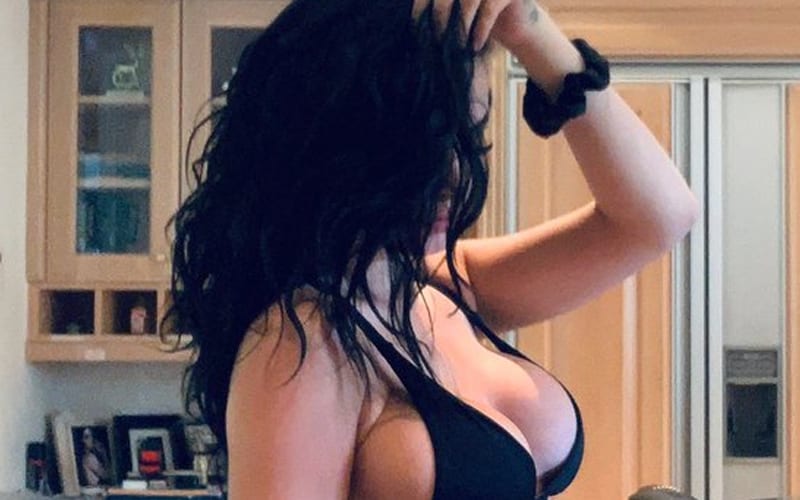 Paige doesn’t appear on WWE television much anymore. Since WWE Backstage was nixed she doesn’t have that show either. Luckily, Paige has a Twitch channel.

The first-ever NXT Women’s Champion has a very active account on Twitch. You can click here to watch her use a ton of profanity which she is also known for.

Paige recently had a lot of fun playing Animal Crossing when she accidentally shaved off her eyebrow. That really happened.

Her internet went out today, but she was able to get back on the grid quickly. To get the word out she posted a picture of herself in a bikini while hanging out in her kitchen waiting for Mario Kart to boot up.

Internet cut out. But we are back! Come play Mario Cart with me and the girls!

Paige has been through a lot in her life. She’s comfortable, happy, and doing whatever she can to stay safe during a pandemic. Twitch also helps occupy her time.

We’re willing to bet that plenty of people jumped on Paige’s Twitch stream when she dropped this photo.