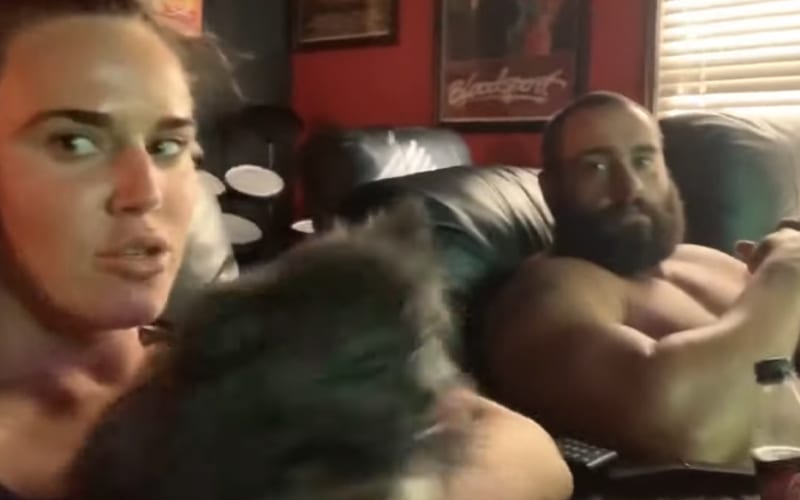 Lana sent out a tweet asking “why is Twitter so full of angry haters?” The response she received was quite ironic, but Miro took care of the problem for her.

We previously covered a TikTok dance video that Miro and Lana did together. It got a lot of attention from fans. So, they dropped a sequel.

In the second video post, Lana wondered in the caption why Twitter is so full of hate. She then stated that everyone is “jealous that my REAL LIFE HUSBAND Miro & I are the GREATEST of all time.” This obviously wanted a universal sentiment.

Why is twitter so full of angry haters ??? Simply because they are jealous that my REAL LIFE HUSBAND @ToBeMiro & I are the GREATEST of all time ! #GOAT #tooblessedtobestressed he is twitching

One fan tweeted back at Lana saying: “Ur just an annoying c*nt, we shud call u thrush.” Miro had to step in and say something about that.

Miro brought the shame on heavy as he replied: “This is a father and his lovely little child. What example this child will have in his future. Also hope you never have a daughter so other FATHERS CALL HER that name.”

It seems Miro took care of this issue for Lana. Hopefully, there aren’t any repeat offenses.