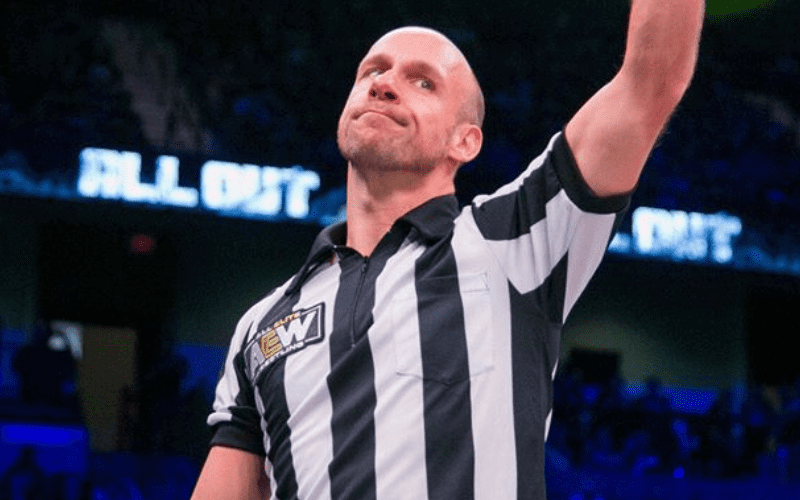 The AEW family grew by one today as Bryce Remsburg announced that he and his wife “made another tiny human!”

He was very happy to announce that his son “debuted” today. Both mother and baby are also healthy and happy. They are tired, but that’s understandable.

The AEW referee didn’t reveal his son’s name, but he shares a birthday with Bret “Hitman” Hart which is pretty cool. He also already has more hair than his papa, but that’s not very difficult.

We made another tiny human! He debuted today weighing 7 lbs., 7 ozs. and laying at 19” long. He most excellently shares his birthday with Bret “Hitman” Hart.

His amazing mother and he are healthy and tired. He already has more hair than his father, and is equally as handsome.

This is great news. It’s a good thing Remsburg is used to handling chaos in the ring because he has a full roster at home.

Congratulations to the Remsburg family from everyone at Ringside News!