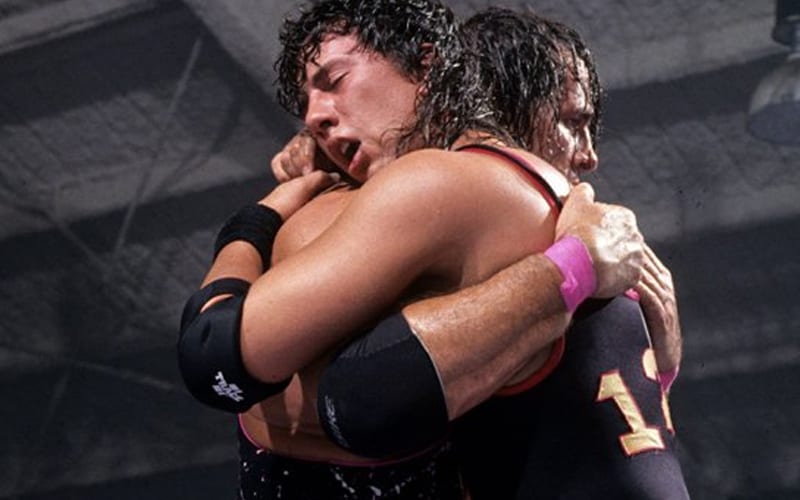 Sean Waltman’s WWE Hall Of Fame ring was given to him because of his time as a member of DX. He might not have made it to those heights without The Hitman.

Bret Hart gave a lot to Waltman even before he was X-Pac. 26 years ago today Hart and the 1,2,3 Kid had a match on RAW that made Waltman’s career. Even to this day the WWE Hall Of Famer thanks Hart for that match.

Thank you for giving me the greatest match of my career, 26 years ago today Bret Hart!

Waltman was unable to capture the WWE Championship from Bret Hart in the match. After it was over, The Hitman took the time to give The Kid respect as well. X-Pac gave it his all and captured the interest of many fans in the process.

26 years later fans can watch the match and possibly remember when it was live. Others can watch it for the first time on the WWE Network, or you can check out the YouTube video below.