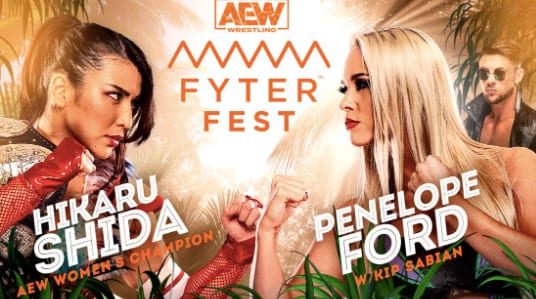 As seen on Sky Bet, the betting odds for Hikaru Shida vs Penelope Ford at AEW Fyter Fest have been released.

The women’s division in AEW hasn’t quite caught fire in the way that many had hoped it would up to this point, but as we look ahead to the future, there are certainly plenty of reasons to feel hopeful.

Two of those reasons look set to battle it out for the AEW Women’s Championship at Fyter Fest as Hikaru Shida prepares to defend her title against Penelope Ford.

In terms of the odds, Shida is the overwhelming favorite to win the match and retain the title at odds of 1/20. Ford, on the other hand, is a distant 8/1 underdog.

While Ford is definitely a rising star within the ranks of All Elite Wrestling, it seems as if taking the title from Shida right now is going to serve as a step too far.

Check back here at 8PM tonight for our live play-by-play coverage of AEW Fyter Fest.