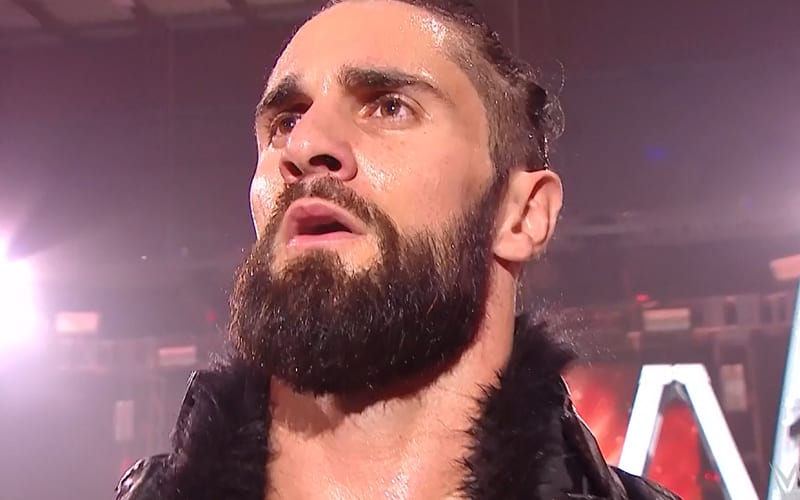 WWE discovered a positive test for COVID-19 in the company. They were forced to do company wide testing the next day and several more positive tests were discovered. WWE must now test prior to every taping. This is quite a hassle, especially for Seth Rollins.

The New York Post recently spoke to the Monday Night Messiah. He discussed WWE’s positive coronavirus tests and how the testing procedure is an extra burden on his schedule. He appreciates the fact that WWE is now testing for COVID-19 despite the extra day it adds to the taping protocol.

“It’s been a struggle in the sense that there have just been a lot of decisions that have to be made quickly as far as travel is concerned because now that we’re doing added testing and those swabs every single time before these tapings, that puts you in a little bit of a hole as far as your travel is concerned because now you are going to have to leave a day early, and when you don’t know you have to leave a day early until it all comes up it becomes a bit of a hassle.”

“We had to make some changes to the taping schedule last week, which is going to force us to go back down again this week to do some more tapings. As we as a country and the world really just start to learn more about this thing, we are just trying to get a protocol in place that makes sense for everybody in WWE. I’m for one extremely happy that we’re testing every time before we go in. That will hopefully minimize the risk of people getting sick in the Performance Center and obviously us passing it out into the general population. The fact that we’re testing is definitely great.

“The extra travel days is what it is, not a big deal. But this week was crazy. It was a lot of people scrambling to make decisions and to try to figure out what the best order of operations is regarding this situation since we had not had this problem yet. Luckily, I think we have some good stuff coming up as far as we’re gonna handle this. The communication has been a lot better toward the tail end of this than in the beginning. It was (laughs) tricky at first, but we’re all along for the ride.”

Seth Rollins obviously wants to stay healthy and safe. Becky Lynch is waiting for him at home, and she’s pregnant with the couple’s first child. At least he claims that communication has gotten better backstage.

The novel coronavirus isn’t going away on its own. It’s a real virus that is ravaging Florida night now. Hopefully, they will be able to slow the spread. Until the virus is eradicated Seth Rollins has no issue making sure everyone is clear before WWE tapes their shows.