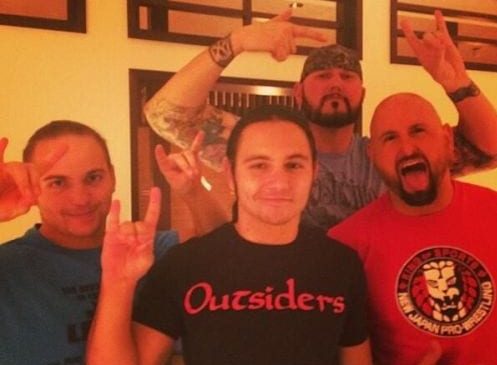 Karl Anderson has been playing mind games with the fans on Twitter about where he & Doc Gallows are going to land after their WWE departure.

Although one thing’s for sure, they are not going back to WWE.

We reported earlier that Anderson & Gallows have some “strong” deals on the table by Impact Wrestling that will also allow them to work a schedule with New Japan Pro-Wrestling. However, other reports suggest that the Good Brothers might be on their way to start their own promotion.

Now, Anderson is back on Twitter with another tease. Anderson said that he & Gallows have a “huge meeting” with some “elite brothers” on Wednesday.

The Machine Gun said that they are looking to have some real brother conversations.

Huge meeting with some #EliteBrothers on Wednesday.. Happy to easily go around some of the bullshit that think they run the place and have some real brother conversations..

For those unaware, Anderson & Gallows are close friends with The Young Bucks & Kenny Omega (The Elite) from their Bullet Club days.

Although this seems to be a tease for a new episode of Talk n’ Shop with the members of The Elite, there could always be something more to it than just a good old reunion.