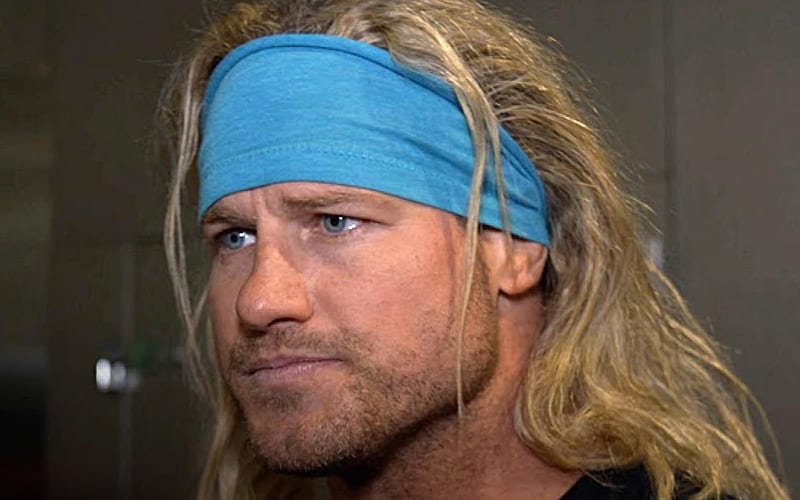 Dolph Ziggler’s run as a WWE Superstar has lasted over 15 years so far. This is impressive for any Superstar, and the Show Off made a name for himself while doing it.

The company fired a lot of Superstars on April 15th, but Ziggler still has his job. He was traded over to RAW and immediately placed in the WWE Title picture. That trade wasn’t his idea which he made 100% clear.

While speaking to Sports Illustrated, Dolph Ziggler addressed the fear that he might lose his job in WWE. When he first started with the company he was convinced that it would only last two months. Now he’s a veteran Superstar after a run with the company that included a couple of occasions when he was certain his job was in jeopardy.

“Story wise, 15 years ago, I came in as a caddy for two months. I assumed I was fired once that was over. Then I became a Spirit Squad guy, until five of us got beat up and thrown into a box, so I assumed I was fired again. As much as I like to pretend that I don’t give it a damn, I’m putting everything I have into this any time I’m out there. But I also like to screw with everybody and say, ‘I don’t give a damn, just pay me.'”

Dolph Ziggler’s career in WWE has been impressive so far. His hard work obviously paid off. Now he has another WWE Title opportunity at Extreme Rules: The Horror Show.

Do you think Dolph Ziggler deserves another WWE Title run? Sound off in the comments below!