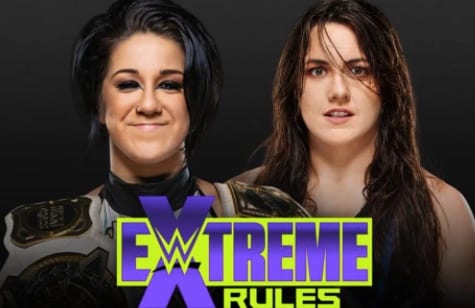 As seen on Sky Bet, the betting odds for Bayley vs Nikki Cross at WWE Extreme Rules have been released.

Over the course of the last few months, Bayley has really made a name for herself as a heel through successfully defending both the SmackDown Women’s Championship and the Women’s Tag Team Championship.

Now, at Extreme Rules, she’ll go head to head with one of the most unique talents in the women’s division – Nikki Cross.

In terms of the odds, Bayley is the 1/5 favorite to retain the title. Cross, on the other hand, is the 10/3 underdog.

This is the second year in a row that these two will square off at Extreme Rules, although last year, Bliss was also part of the match in a handicap showdown for the title.

Many fans believe this could serve as the end of Bliss & Cross’ partnership with one another, but either way, it’ll be intriguing to see what kind of match Bayley and Cross are able to put on.