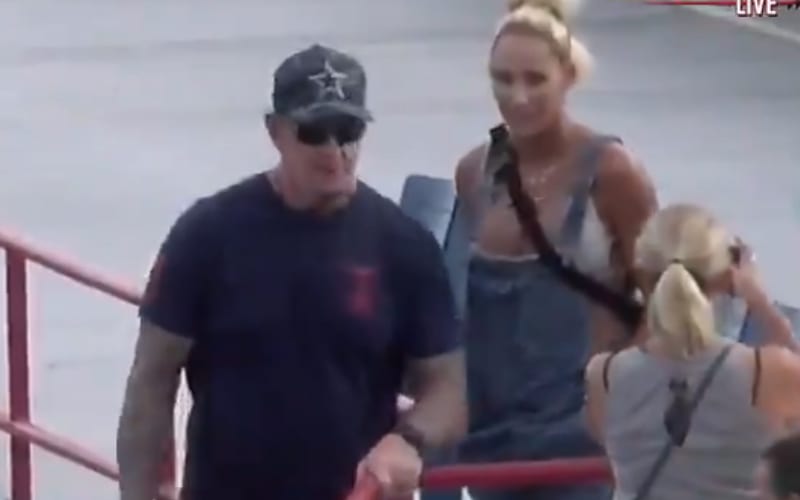 The Undertaker and Michelle McCool got out of the house for a bit on Saturday. They attended a softball game marking one of Taker’s first public sightings since his retirement.

Jon Alba tweeted out a video of Undertaker and McCool at the USSSA Pride Softball game. They looked happy to be at the game, and it was also no sign of a mask in sight.

The Undertaker may have retired in #TheLastRide, but tonight, he and his wife Michelle McCool were enjoying that retirement life at the USSSA Pride softball game against This Is Us in Florida.

Michelle McCool also sent out a photo of them at the game. She said: “Loved watching this one play ball tonight!” It’s good to see The Undertaker getting out of the house and taking in a game.

WWE dropped a pretty big bomb on fans when they confirmed this week that The Undertaker has wrestled his last match. He’s not just going to stay at home because now the world can get to know Mark Calaway.