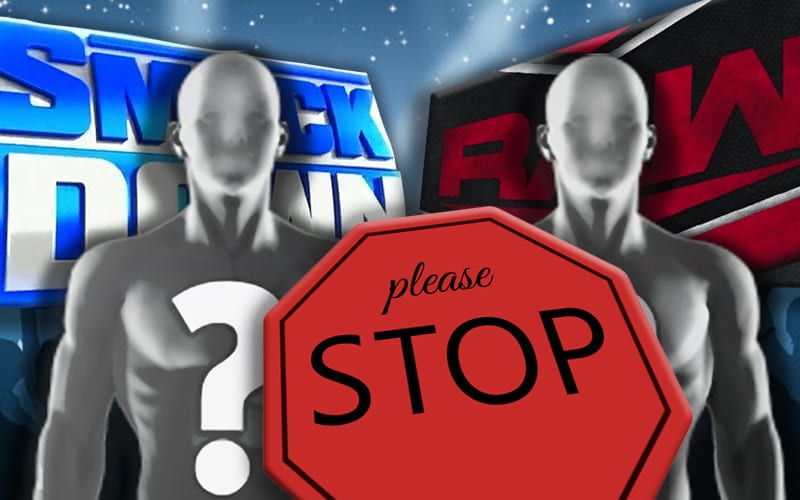 WWE was forced to tape television with a much lighter crew than they initially expected. This caused the company to change up their taping plans as they moved them ahead to next week. Some Superstars might not be back even if they wait a week.

During Wrestling Observer Radio, Dave Meltzer discussed Superstars who are at the tapings, but they believe the tapings should be shut down. Others are staying around because they fear that their job could be on the line. They see themselves as replaceable Superstars who are not on a top tier.

“I know people who are going, but think it should be shut down. I mean if you’re Roman Reigns you don’t have to go and if you’re Daniel Bryan you probably don’t have to go, but if you’re most guys you kinda need a good reason not to go. There are guys who aren’t big names who haven’t been going because of you know like there are certain family issues [WWE] was accepted. I don’t know how many people are thrilled to go.”

“Some are, but I’m sure some don’t care. Obviously, the fact that nobody’s a dumb sh*t you know it’s gonna — there’s gonna be a lot of people there like ‘why are we doing this?’ Anyone who’s not a top guy you’re easily replaced, you know? The fear of cuts is there because they just did a round of cuts and nobody wants to be in the round of cuts unless you’re somebody who’s looking to get fired and in that case maybe you do do it, but if you do that they’ll probably freeze your contract and you know that could be a thing for someone of the guys who want to leave like ‘if we don’t go our contract is frozen for four months.'”

Just because a Superstar isn’t on television doesn’t mean they have COVID-19. Some people told WWE they didn’t want to work the tapings. That tactic might not work as well for everyone across the board, but it’s a reason that WWE has reportedly accepted in a few instances already.