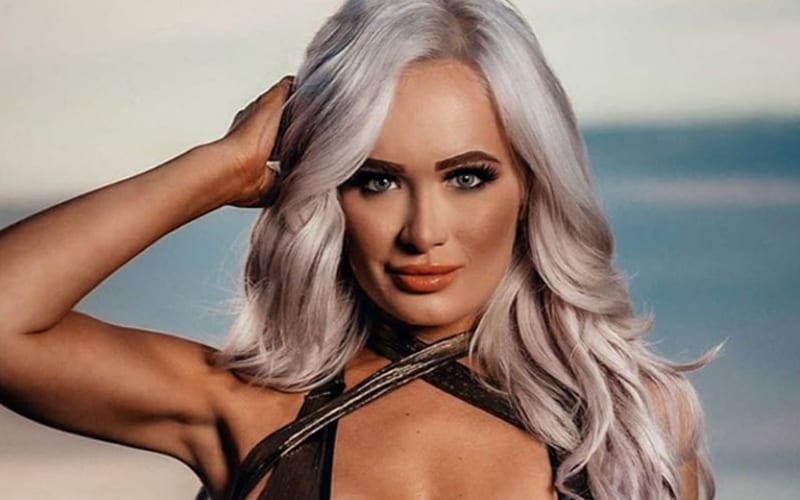 WWE has several exciting Superstars on the NXT roster, but few brought the immediate attention of Scarlett Bordeaux. The former Impact Wrestling Knockout signed with NXT months before her boyfriend Karrion Kross. Now they are a force to be reckoned with in the ring and on social media.

Bordeaux dropped a new photo in the set of images showing her in a flawless golden ensemble. Click here to check out another image from that series of sultry photos.

Scarlett also included an ominous caption to go with her stunning photo.

Fight it, or accept it. Fear it, or control it.

Photographer Daniel Forero posted this photo with a caption to Scarlett reading: “Words can describe how awesome was to work with you. .. Thank u.” Everyone loves working with The Smoke Show.

Scarlett’s spotlight in NXT is bound to intensify as WWE realizes the kind of act she has with Karrion Kross. It might be a short stint in NXT for them, but right now there’s a lot going on with the main roster. They might be much better off in NXT for now.