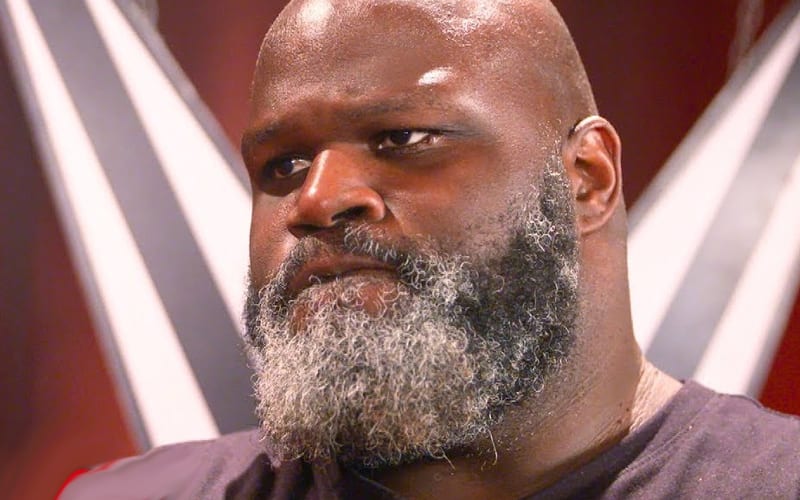 Mark Henry is a WWE Hall Of Famer and he earned that title by inducting plenty of victims in the the Hall Of Pain. That almost never happened because of a rib from Vince McMahon.

During the Broken Skull Sessions, Steve Austin welcomed the World’s Strongest Man on the show. Mark Henry revealed how his Hall Of Pain gimmick was invented. It actually came after he was so mad at Vince McMahon for pranking him that he quit the company.

McMahon saw the fire in Mark Henry’s eyes and he knew that could be money if harassed correctly.

“Pretty much the whole ‘Hall of Pain’ era started with a rib. You go back to the beginning of my wrestling career, Vince [McMahon] ribbed me. He took me out into the ring and said I was going to have a match against Sin Cara. I’m standing there in the ring, nobody comes out. I go to the referee — who was Scott Armstrong — I said, ‘Scott. What’s going on, man? Where’s he at?’ and he’s like, ‘They are re-wrapping his knee, I think, that’s what they told me. They’re re-wrapping his knee.’ Now I’m pissed at Sin Cara, and if he came out, I was going to hurt him because I felt like this is disrespecting the business.”

Mark Henry’s opponent never showed up and that was a serious issue. Henry was furious and he tore through the backstage area looking for McMahon.

“Now I’m pissed. I jump through the ropes. I come to the back and it’s a ghost town! Nobody’s there, and I just start destroying it, tearing sh*t down, pulling the lights down, and punching the walls. Just — Darth Vader sh*t. I wanted everything to melt. And I go down the hallways and I kick Vince’s door open and he’s gone.”

“Started calling Vince, ‘Man, I quit, this is the last time. Nobody ribs me, I’m a grown ass man.’ … Vince calls, ‘Why did you get so bent out of shape about that, we just playing around.’ I was like, ‘Man, I don’t deserve that. I love this business and I respect you, and I feel like I opened myself up for you to disrespect me. Obviously, you don’t respect me and you damn sure don’t fear me, so we don’t need to talk no more.’ He was like, ‘Listen, I’m sorry.’ He was really remorseful and sorry.”

It’s a good thing that Vince McMahon was able to think on his feet like he did. He was able to convince Mark Henry not to quit the company. He also took the situation and used it to everyone’s advantage.