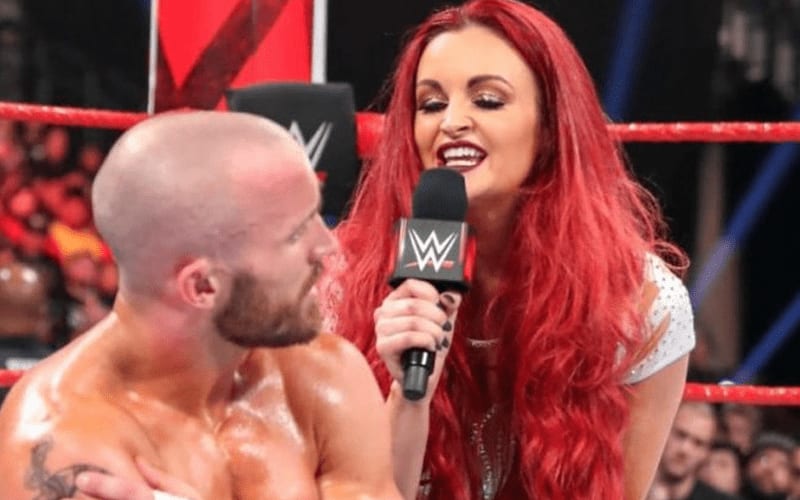 Maria Kanellis announced that she was pregnant, but WWE made it part of the storyline. Mike Kanellis was a broken mess when Maria told him that he’s not the father because he’s a poor excuse of a man who could never get the job done.

That storyline continued for a bit and even saw Kanellis as the first-ever pregnant champion in WWE as she briefly held the 24/7 Title. Then the storyline was dropped after Maria left to have her child and the couple was released in April.

One fan questioned Maria Kanellis about who the baby daddy was really supposed to be. WWE teased a few people, but Maria revealed that her baby’s daddy was always going to be Mike Kanellis.

My husband. He was supposed to turn face. And do a story about recovery from addiction and motivation. But… that’s just too good. Too real. Too honest. And of course I was supposed to remain the bad guy.

until I came back from maternity leave. Baby face momma!!

Mike Kanellis never saw that big babyface turn in WWE. He really didn’t see a “big” anything in the company except for a slide down the totem pole.

Mike Bennett and Maria Kanellis seem much happier now as a “nonessential wrestlers” while they wait out the expiration of their 90-day WWE non-compete clauses.