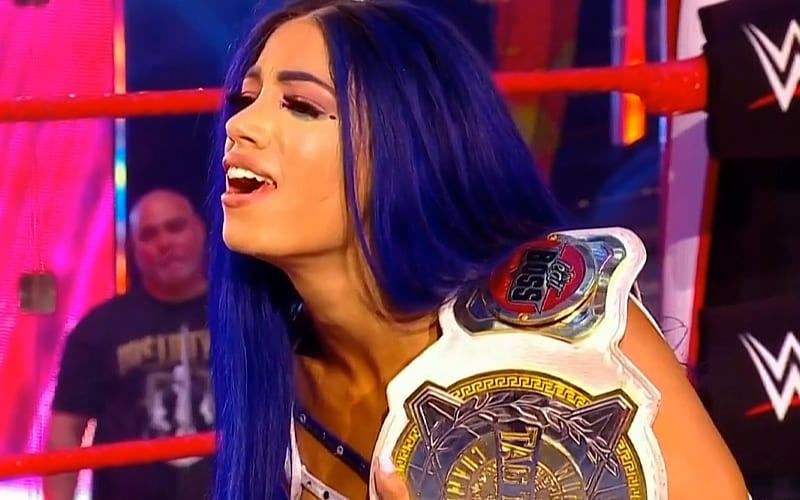 Sasha Banks made an announcement on WWE RAW that shocked a few people. The Boss was teasing a match against Bayley, but then she swerved fans by challenging Asuka for her title instead. There is a reason for that.

The red brand is short on star power when it comes to their women’s division. Becky Lynch won’t be back for a while due to her pregnancy. Charlotte Flair is also out of action with an elective surgery.

The Wrestling Observer Newsletter noted that Sasha Banks likely found her way into a RAW Women’s Title match because they needed a top star to challenge for the title.

Banks, a SmackDown wrestler, is going after the Raw title likely due to Charlotte Flair being out of action. Flair had two wins over Asuka, but then lost to Asuka on television and did an injury angle off it.

Paul Heyman’s booking strategy was to place a focus on new Superstars to build them up. If Heyman was still in charge they might have gone a different way other than the established Banks as Asuka’s challenger.

This certainly makes for an interesting Extreme Rules match. If Banks wins the match and they turn this into a champion vs champion match at SummerSlam versus Bayley then WWE has the possibility of placing three titles on the same Superstar.