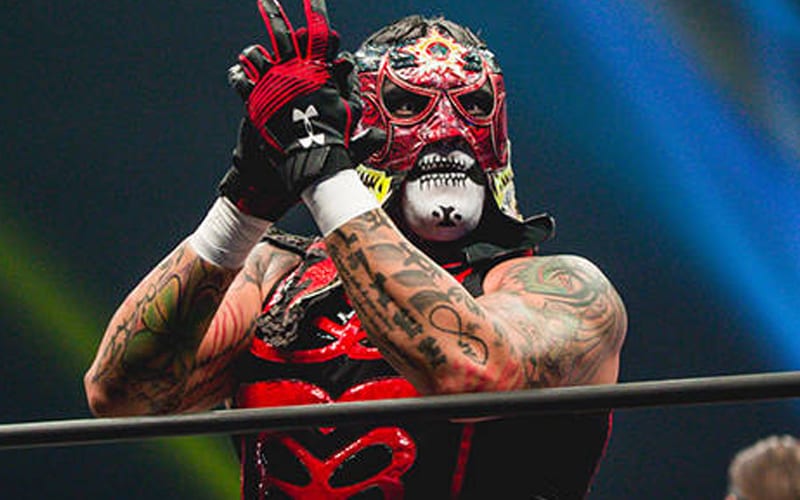 AEW had to figure out what do do with a limited roster when COVD-19 stopped some of their stars from making the trip to Florida. Pentagon is back, but there is an additional reason why he returned as quickly as possible.

The Lucha Bros returned this week on AEW Dynamite to create an 8-man tag team match at Fyter Fest. Now the Lucha Bros will team with Butcher and The Blade to take on FTR and the Young Bucks.

The Wrestling Observer Newsletter noted that Pentagon felt bad about being stuck in Mexico. He was unable to come to the United States due to the travel ban, but he still felt guilty for taking a check without doing any work for it.

Pentagon was able too get out of Mexico. He was feeling guilty about being paid every week and not working for it. I’m not sure if he’s going to stay with his brother, who lives in the U.S.

Fenix was able to make tapings when Pentagon wasn’t because Fenix lives in the United States. Fenix was also off of television for a couple of weeks. He took a bad fall, but also needed to take a week or two off in order to deal with a personal situation.

Now that the Lucha Bros are back in AEW we will have to wait for Pac’s return to finally re-form the Death Triangle faction.