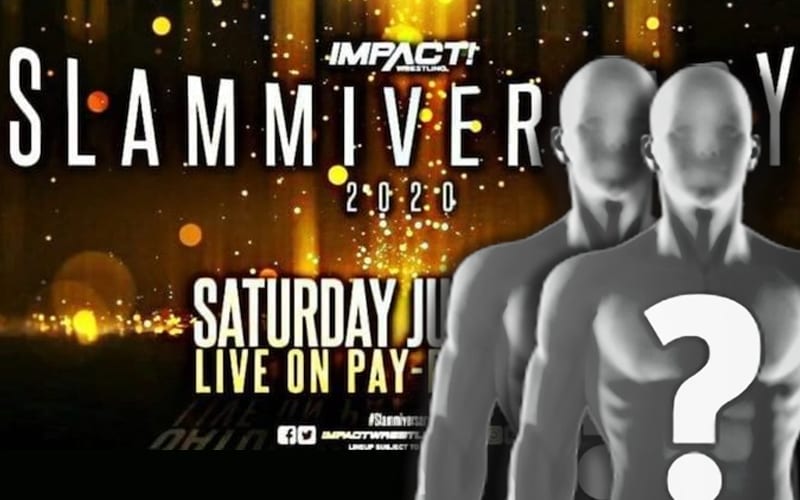 Impact Wrestling’s Slammiversary event is July 18th and the company is headed toward the event with a vacant world title. Following Tessa Blanchard’s release from the company they need to figure something out.

The Wrestling Observer Newsletter noted that Tessa Blanchard was scheduled to be at the July 18th Slammiversary event, but that match needed to be changed even before Blanchard’s firing. Michael Elgin was suspended from the company which cut one participant out of the match. It was later announced that Elgin won’t be back in Impact Wrestling.

It was noted that eliminating both Blanchard and Elgin from the big Slammiversary match only leaves three participants. This opens the door for recently released WWE Superstars to possibly come in and fill out that contest.

She was scheduled and advertised for the 7/18 Slammiversary show, scheduled for a multi-person match with Elgin, Eddie Edwards, Ace Austin and Trey Miguel. However, we had gotten word this past week from multiple sources that she was not going to appear, and with Elgin out, that would lower the number of participants to three unless they did some additions, and the WWE April cuts would all be available by the time of that show.

It appears that Impact Wrestling has some options. They could have already been planning on bringing in a former WWE Superstar or two. The commercial they dropped certainly seemed to give off that indication.

We will have to see who shows up in Impact Wrestling next, but they might find themselves walking into a top spot with the company.