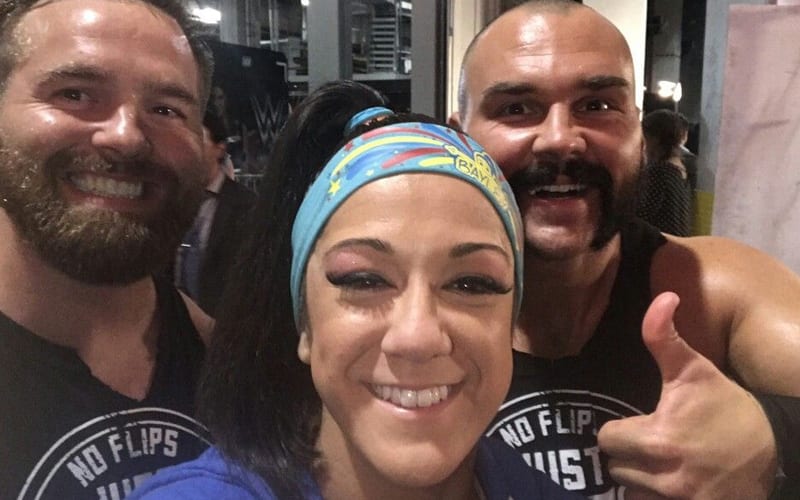 FTR are set for a big 8-man tag team match at Fyter Fest. They are just getting settled in with the AEW roster, but the former Revival will have no trouble finding people who want to be their ally.

Cash Wilder isn’t happy about The Butcher and The Blade taking their truck during Dynamite this week. “I’m gonna run you bastards over when we get the truck back,” he tweeted out.

Britt Baker saw this tweet and she thinks her ride on AEW Dynamite is better than the Top Guys. “And I’m gonna run YOU over if you ever ignore me again. Roles Royce”, Baker replied.

Cash Wilder told Baker to calm down. The next time they have drinks they’ll make sure AEW’s resident dentist gets a call. “Sit down. Relax. Slow your roll. Next time we’ll have some martinis and bury people together,” he replied.

Wilder might be down to get some drinks with Britt Baker, but Dax Harwood had to decline. Baker will apparently never replace Bayley as his drinking buddy.

I absolutely will not have any martini’s with @RealBrittBaker. She’ll just complain to Tony anyway. @itsBayleyWWE is my drinking buddy.

We’ll have to see if FTR and Britt Baker ever get those drinks. It appears that Baker will have a long way to go if she expect to replace Bayley’s spot.