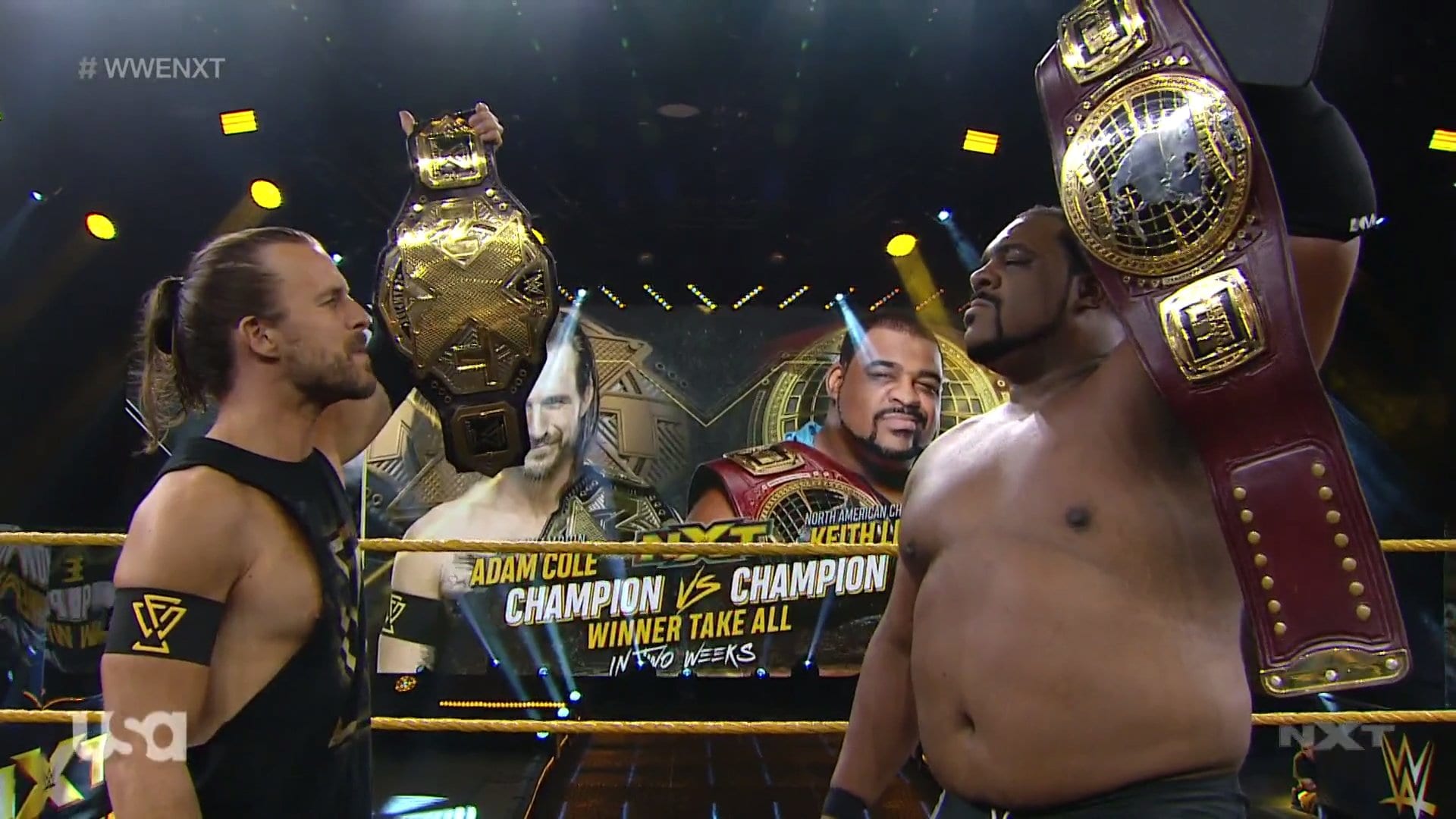 On this week’s episode of NXT, Finn Balor & Johnny Gargano basked in Keith Lee’s glory as the North American Champion retained his title over the two men.

Now, Lee will go on to face Adam Cole in a Winner Takes All match on the second night of The Great American Bash on July 8th.

After his victory over Gargano & Balor and his confrontation with the NXT Champion Adam Cole, Lee took to his Twitter to comment on his upcoming match with the leader of The Undisputed Era.

Lee praised the battle he had with Finn Balor and Johnny Gargano but said that he will continue to march forward. He said that on July 8th, either him or Cole will make history by becoming the first ever Double Champ in the history of the brand.

He said that Cole might be Undisputed but he is Undeniable.

The sleepers were wise. Not having air is quite the burden. What a battle! But still….forward march. Someone is making history as the first ever double singles champ in the existence of #WWENXT You may be #Undisputed…but I am #Undeniable. Mr. Cole…may the best champ win.

Lee has yet to hold the NXT Championship while Cole was the first-ever North American Champion and also the current NXT Champion. Either way, a match between these two will be one for the books.

Who do you think will become the first-ever Double Champion in NXT history? Let us know who you’re rooting for in the comments!