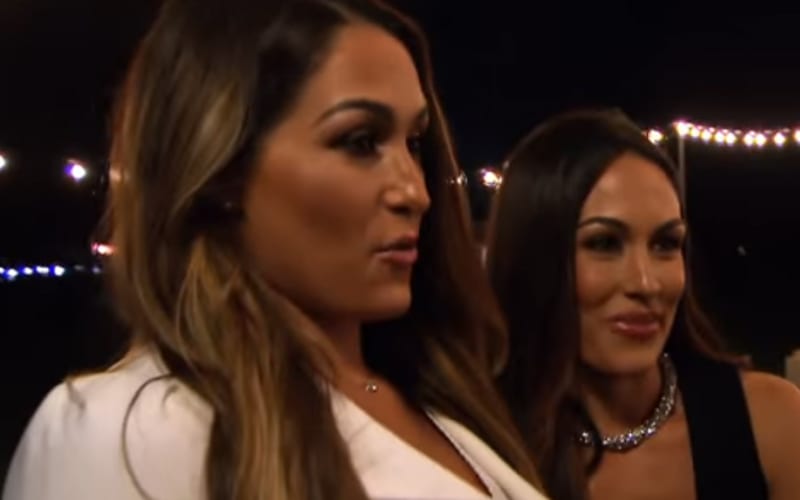 Reality television isn’t real. Those situations on screen are carefully arranged by producers to make sure they produce the desired result. If nothing exciting happens they can always fix things in post. The tactic of constantly starting drama weighed on the Bella Twins.

On the latest Bella Twins podcast, Nikki and Brie discussed filming six seasons of Total Bellas. Then they compared it to their experience working on Total Bellas. Producers tried to force drama on them which Nikki had no problem discussing.

“Brie and I, when we were on Total Divas, we felt like it was starting to get that way [constant drama] and it was kind of tough on us because we just didn’t know what was authentic and when we did Total Bellas, all of a sudden, we got to the point where we have to walk away from [Total] Divas, and just do Bellas but we have to make sure Bellas, they just let us be authentic. It used to be our constant — I don’t wanna say argument but where we kind of like bump heads with production because they would push certain things or cause certain things and we’d just be like, ‘Don’t do that. These are twins, it’s naturally going to happen. Just keep the camera rolling. We will get in a fight once a day…’”

Brie Bella was quick to say, “Don’t worry, you’re gonna get your drama.” The drama they bring on Total Bellas will simply be a bit more authentic.

Some of the women of WWE might have been filming Total Bellas content recently. Several cast members were spotted on a yacht having a blast. The Bella Twins were not there, but they’re probably okay with that.