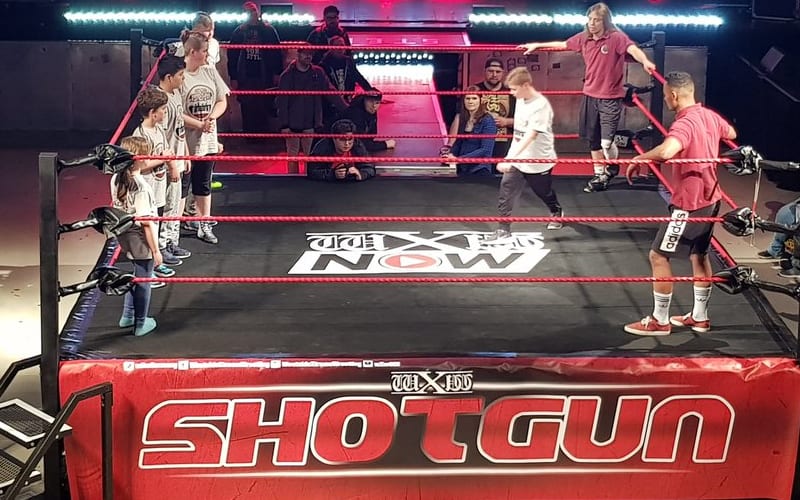 The #SpeakingOut movement has called out Westside Xtreme Wrestling in Germany. This company is affiliated with WWE as one of the few indie companies Vince McMahon works with.

wXw has now released two wrestlers, Julian Pace and Jay Skillet are no longer with the company. This comes after accusations of sexual misconduct. You can find the company’s official statement on the matter below.

The release of the remainder of this season of Shotgun is suspended for the time being.

Ringside News was contacted by someone who wishes to remain anonymous. We were told that multiple complaints have been filed within the xWx office, and one of them was for physical abuse of a minor.

A German female announcer who is currently active in the business shared her account of what happened with the company.

“This is my story and I’m telling this for you to understand that what’s going on is just the Tip of the Iceberg. I will remain anonymously because I don’t want an apology, I don’t want to be seen as a victim and I don’t need to get any Victory. Countless hours of therapy have given me closure but I want you to stop believing in the bullshit wXw is selling you. A Lot of you ask why a lot of us women remain silent and it’s simply because we’re afraid. wXw is a big company with a lot of well spoken people who are trying everything to protect their Business. We’re afraid to get ourselves in trouble, we’re afraid of the comments from people who don’t believe us, we’re afraid to see our names dragged through the dirt because of something we did wrong in your eyes. Believe us. I was a trainee at the Academy a couple years ago and I went through the most horrible time of my life. I suffered a very Dangerous injury in one of my first trainings and I was told stay silent. The Coach let us practice a move outside of the Ring and it just went wrong. It wasn’t the other trainees fault, It was the Trainer who wasn’t paying Attention. I used to get bullied when they found out I was Bisexual. I received comments like “it’s okay as long as you don’t take the good rats” , ” let us watch”, “you’re Just a greedy bitch”, “it’s fine as long as you get a long with the Boys on tour as well” I received inappropriate messages from a fellow Trainee and Nobody would care.

They knew but they didn’t do anything I received inappropriate messages from one of their coaches. He would message me that He liked to watch my ass in Training and that He didn’t Care If I ever became a good Wrestler because we’re Just eye-candy and how his girlfriend didn’t have Sex with him anymore. Unfortunately at some point she found this messages and I became the enemy and a Group would form that bullied me so bad and made Stories up that the head coach would be so pissed and didn’t let me come to several classes anymore. Even though I paid to get training everyday. At some point I was so afraid that I would throw up before every Training.

It got so bad that two of the Coaches offered me lessons in shoot fight because they thought It would be necessary that I knew how to protect myself. They we’re right. I suffered several concussions and lost two teeth in training. I reached out to the Office and Promoter and head trainer said that they knew those people were bullies, they did this with a lot of the Girls who were now Part of the Group and that was just the Business, i needed to suck It up and get myself Up the hierarchy like the other Girls did. Paying your dues was mentioned.

They Said that I was the Problem. It was said “that’s why I don’t want to train women, they’re always Drama”. For those of you who have the habit of asking for Proof: I had screenshots and when I pulled out my Phone to proof my version I was laughed at and told that they didn’t want to see them and didn’t want to hear anything about all of this ever again. I needed to stop this, they didn’t care how but I shouldn’t dare to bother them again in any way. That evening I thought for the first time that killing myself would make this all go away. After I left I would still receive messages of female trainees, crying and asking for advice. You might be shocked by the Stories coming Out now but there is more. A lot more. wXw is not the friendly company you think they are.

They have a horrible way of pinning their females against each other, belittle and abuse them. If a company this big has only one female, you need to ask yourself why. If so many of their female trainees have quit, you need to ask yourself why. Everyone there knows what’s going on, don’t let them fool you. They’ve been covering up for their Boys for years! I went to the Office and asked about certain Stories and they told me to not believe this. That a Girl who had complained about a wrestler was mentally ill and they had proof that they’d stalk a worker. I was Gaslighted into believing that I was the Problem, that the Girl was lying and that they’d care about us women. They do not unless it’s helpful for pr reasons.”

The #SpeakingOut movement is creating a much safer space for the entire pro wrestling business. Hopefully, through the courage of those who came forward things will be much better for years to come.