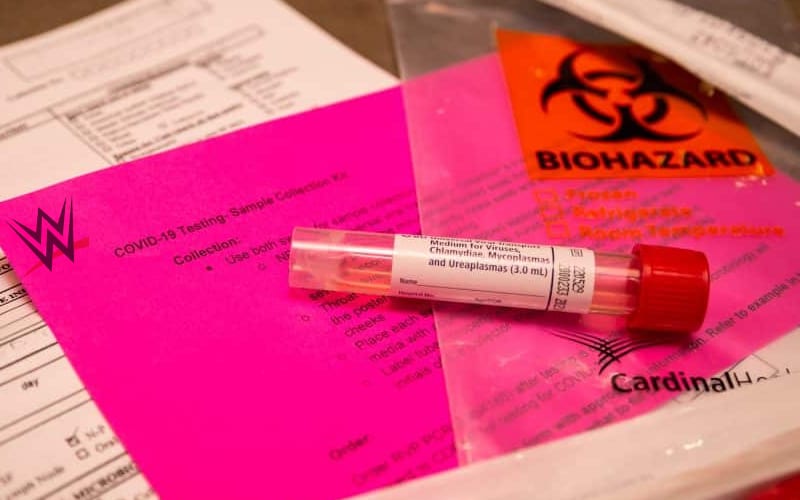 WWE discovered more positive test results after their last wide-spread testing. There could be a lot of positive tests across the board including Superstars, staff, and production. When were the WWE Superstars informed about it this time?

PW Insider reports that WWE informed Superstars on Monday that there were additional positive coronavirus tests. They advised them to get tested for COVID-19 again.

We previously reported that WWE Superstars were taking coronavirus tests again on Monday. It was reported that all Superstars received word about the positive test results at the same time.

On Monday, WWE began emailing talents and staff, advising them that there had been a new COVID-19 positive test result, advising them to again get tested for COVID-19.  We are told that not all talents were contacted at the same time.  We have since heard that there have been multiple positives coming out of the new round of tests.

One source in the company noted that they could be looking at a couple dozen positive tests results. That remains to be confirmed. At this point, WWE still plans to proceed with television with an alerted schedule. They will also now be testing everyone prior to each taping from now on.

Kevin Owens is not coming back to the television tapings as of this writing. He is currently in a cabin in Tennessee enjoying time with his family away from it all.