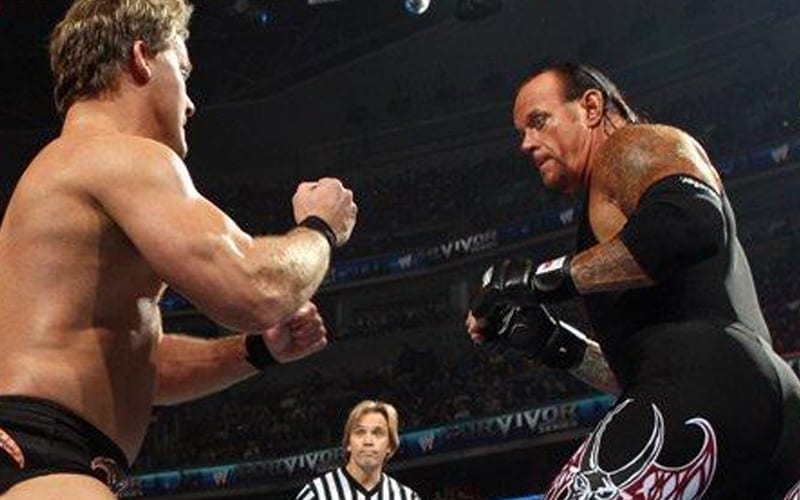 The Undertaker stated that he is content with the idea of never wrestling again. That doesn’t mean he will be hanging up his boots for good. People are still celebrating his legendary career including Chris Jericho.

Y2J sent out a heartfelt post on Instagram to honor The Undertaker’s amazing career. Nobody could have done it like Taker did as he led the WWE locker room and caused chills for so many fans regardless of if they were live in the arena or watching at home.

Chris Jericho didn’t need to send out a long tribute, but he did post a photo of the two of them from a classic WWE angle. He simply included the caption: #ThankYouTaker.

Madison Square Garden also put up a great tribute to The Deadman.

We’ll have to see if and when The Undertaker appears again. He might be gearing up for another match soon enough. There is always the chance that his final match ended with him riding off into the darkness following the Boneyard Match at WrestleMania. At least The Undertaker would be okay if he never wrestled another match.