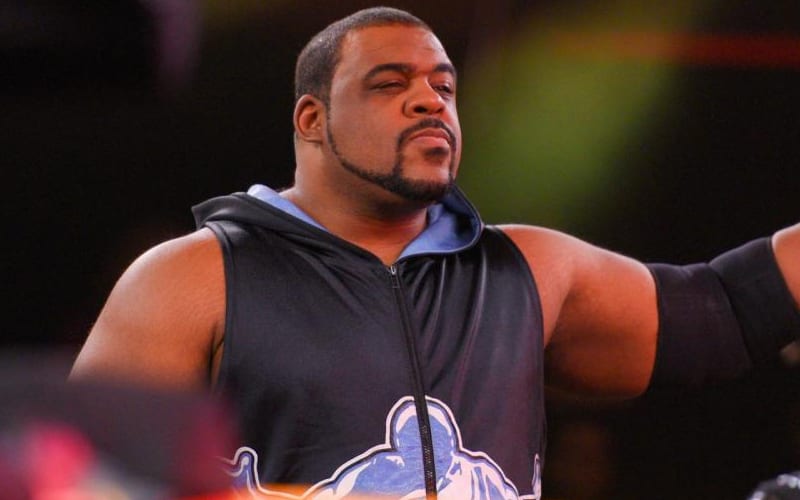 The #SpeakingOut movement is still going and receiving support from all over. Anyone who wants to share their story should have a safe place to do so. Ringside News is available for anyone who wishes to tell their story. Twitter is becoming a safer space as well which is where Keith Lee shared his experience.

Lee tweeted out his own #SpeakingOut story. He was out one night and started a pleasant conversation that ended in him having to turn down a sexual offer. He offered to buy her a drink as an apology, but she bought him one instead.

When Keith Lee returned from the bathroom he had a full drink waiting for him. After bit of time, things became “fuzzy” and he woke up naked in a hotel room. To this day he has no idea what took place.

“I am going to share a story with you that very, VERY few know. I am watching friends and associates #SpeakOut. I am noticing how much strength it is taking for them to bring forth their stories. I shall share one of my own.”

“I cannot lock down the time frame because of how hazy it was for me. However, I was living in TX still during this time. Perhaps 2016 or 2017. I was in Dallas for an event, or maybe just to visit family. Afterwards, I went to an old bar I would sometimes visit and sing at.”

“It had been some time, so I was unfamiliar with the atmosphere. But the vibe of the music kept me interested. Eventually I got to sing a song. Afterward, a young lady asked to sit with me. I was alone so I did not mind and welcomed her.”

“We went on to talk about the beauty of music and books. Random philosophies on life. It truly was a pleasant conversation. I am often told I am….. oblivious…. when someone is interested in me. And I would have to concur as I did not realize the interest until she blatantly expressed it. To which I declined as I was taken at the time.”

“She was disappointed, but still pleasant. She would continue to make passes throughout the night, citing all that she wanted to do to me. I politely declined and explained I enjoyed the company, but that chat could not continue. I then offered to buy her a drink as an apology before I headed to the restroom. She declined and said that she’d buy me one because she enjoyed my song so much, that I could go ahead for the bathroom. I expressed gratitude and went to put in a song before heading for the restroom.”

“I would return to fresh drinks. We’d continue discussing the types training I do. I’d try to get her to sing, but she would act shy and decline, saying she enjoyed listening to others, but didn’t want attention on her. I even offered help with ‘Bohemian Rhapsody.’ It’s kind of my go to when people are nervous about karaoke. I try to be inviting. And that sing is pure fun! Unfortunately… it’s right around here things become extremely fuzzy for me. No matter how much I rack my brain, all I find myself able to recall is struggling to make it to the stage….. I recall waking up naked in a hotel room (I don’t even recall if it was my own room), confused and in a panic. I was fortunate enough to have my essentials such as wallet and phone. But… who knows what all I lost”

“To this day…. I know not what happened. I have tried to forget about it ever since…. But I tell this story, so people understand. Anyone can be a victim. ANYONE. It is why I randomly stopped drinking. And why it remains such a rarity to this day.”

Kieth Lee’s bravery to come forward will hopefully open the door for more to come. His caption to this post was clear as he said “not out of spite, not because I want to cause anyone harm, not out of hate or anger, I simply want you to know, #YouAreNotAlone.”

Keep checking back with Ringside News for more on this story and everything else in the world of professional wrestling.