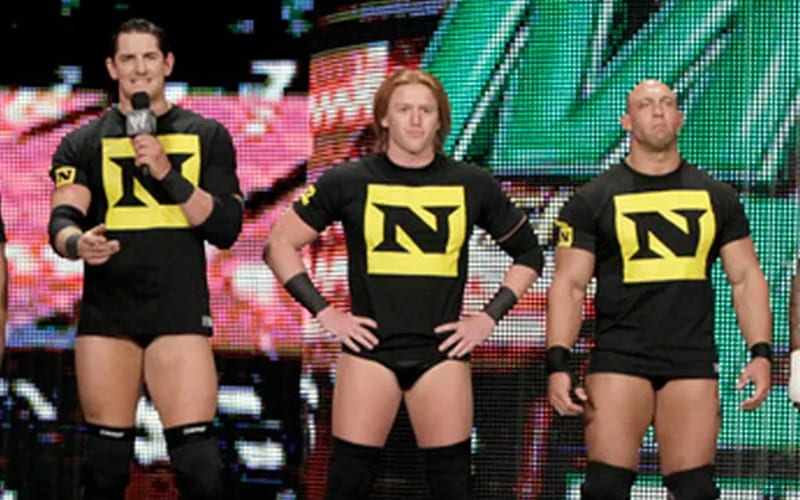 WWE has seen a lot of Superstars coming through the company. A few of them were in Nexus. If there is going to be a reunion you can count Ryback out.

Ryback and WWE aren’t on the best terms right now. They’re trying to take his trademark that he has used since before signing with the company. The former WWE Superstar has also never been shy about speaking his mind when it comes to Vince McMahon’s company.

During Conversation with the Big Guy, Ryback stated that he talked to Wade Barrett about the idea of coming back for a Nexus reunion. It’s just not happening with Ryback. WWE is coming at his trademark. That caused a big problem. If you add in the pandemic landscape that made it a hard no from The Big Guy.

“I talked to Stu a little bit about it. I’m not gonna be involved with anything with them. If that was going to happen, it’s not going to involve me at all with everything going on right now, specifically with my ‘Ryback’ trademark, in August. We’re waiting to see if they’re gonna drop that or not. If not, we got to start that whole dispute with all that. From what was explained to me, it was just for Axxess signings.”

“I think WWE low-balled the group, whoever was involved in different things. Whatever it was, it wasn’t to bring the group back for an angle. That’s not to say if they did bring them back and it got a great reception, they [wouldn’t] do something to follow-up on RAW. If it was going well, maybe they would bring everyone back. That is a very real possibility, but what was explained to me was Axxess.”

Fans could have caused WWE to consider something more for Nexus. According to Ryback, it was just a booking at Axxess. It still couldn’t happen even for people who were down to participate like Darren Young.

Wade Barrett recently revealed that he turned down a WWE return as part of the Nexus. If it really was just for an Axxess appearance then that couldn’t have happened anyway. Axxess was nixed this year along with TakeOver: Tampa and the 2020 WWE Hall Of Fame.