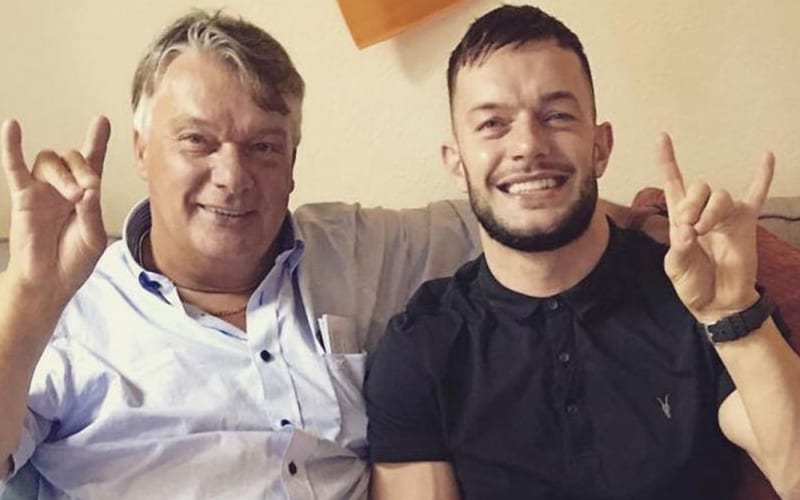 Yesterday was Father’s Day in America. Finn Balor celebrated by sending out a touching video post to let everyone know how incredibly strong his father is.

Balor revealed that his father Fintan Devitt has beaten COVID-19. This comes a year after he recovered from triple heart bypass surgery. The first-ever WWE Universal Champion then stated that his dad has a battle with Brock Lesnar in line net.

In less than a year he had a triple heart by pass, a replaced hip and beat Covid-19.
Brock Lesner is next

Finn Balor’s father is incredibly tough. Balor also posted a video of his dad throwing up a Too Sweet from his hospital bed which you can check out below.

Two WWE Superstars celebrated their first Father’s Day this year. Others sent out great messages as well. Finn Balor might have had the best Father’s Day post yet.